One of the few things I dislike about F1 is the periodic throttling of innovations. Once every few years, teams come up with an ingenious idea or mechanism that gives them an advantage. Sadly, the FIA swiftly strikes down on revolutionary changes and deems them illegal. This has happened once again. The victim this time around is Mercedes.

On day 2 of preseason testing, Mercedes debuted a clever trick with their steering wheel. The Mechanism was christened ‘DAS’ and has been the talk of the F1 paddock since its revelation. DAS stands for Dual Axis Steering and involves a driver-initiated operation that looks quite simple, yet enticing.

As Mercedes were conducting their regular tests like all other teams, something caught fans’ attention. As Lewis Hamilton was hurtling down the straight at the Circuit de Barcelona, he appeared to be “readjusting” his steering wheel. An onboard camera showed the Brit pulling the steering column outwards just before the straight and inwards just after. 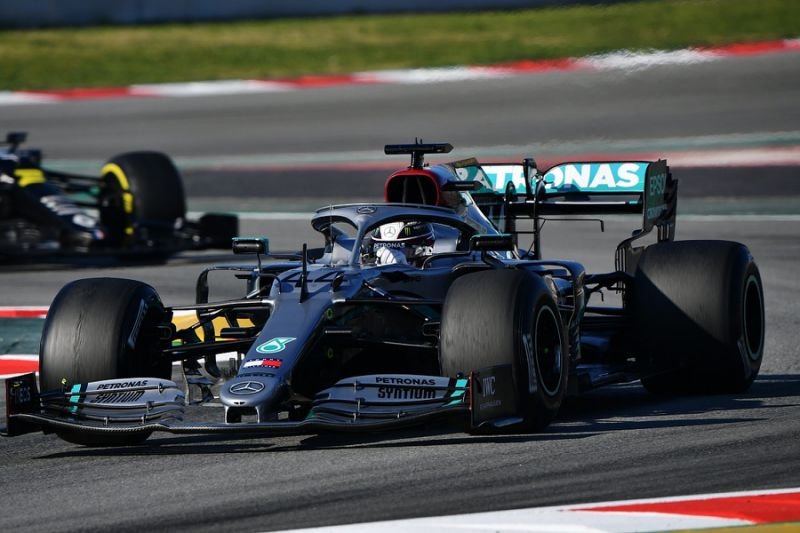 This action resulted in the front wheels changing their alignment from a toe-in to a toe-out arrangement. F1 cars unlike road cars, follow a different wheel alignment setup. The front wheels are angled slightly inwards for better driving and cornering stability.

The toe-in setup loses its advantage on long straights and Mercedes have found a fix for this through the use of DAS.

Team and fans alike have been questioning this mechanism and its legality. Additionally, Red Bull advisor Helmut Marko likened the DAS to the banned ‘active suspension’ in F1. However, Mercedes have claimed that its innovation is perfectly legal and within regulations.

The FIA has taken a call on the steering column mechanism and has decided to ban its use from 2021. Now, Mercedes may or may not have known about the system being banned in the future, but has decided to make full use of it while it is available.

Formula One managing director Ross Brawn had recently revealed that the FIA would be doubling down on teams’ exploiting loopholes. Moving forward, the FIA will ban innovations that do not comply with the regulations.

In F1, there can only be one winner. The team that wins, stands apart from the rest of the field and achieves glory. This requires innovation and has always involved somebody developing a better mousetrap. With the FIA scrutinizing the essence of innovation and change, teams have a tough road ahead.