Shroud Loses For The Second Time In Valorant Against Developers

2009 Formula 1 Drivers’ World Championship winner, Jenson Button has named Max Verstappen among his pick of the six best drivers. Button says that in his 17-year of profession racing, he haven’t seen anyone who can match the vehicle control of the Dutchman.

For the final name in the list Button said “I have to say Max Verstappen,”

In the interview, He was specifically talking about the Red Bull driver’s staggering presentation at the 2016 Brazilian Grand Prix.

“I didn’t race with him for many years, but seeing his performances in tricky conditions like in Brazil 2016, I mean that is just out of this world, staggering, what he can do with the car.”

“He always arrives at Turn 1… and he looks totally out of control with the car, and any other driver would have crashed five times by the time he turns into Turn 1. But he just keeps it away from all other cars and just threads the needle.”

In the 2016 Brazilian GP, Max started from P4 in very wet conditions. He got in some on-track incidents and was pushed down to fourteenth place. Max displayed his superior car control on a wet track, pushing his way up to complete the race in third place. He went on pulling off a string of remarkable overtakes all the way. 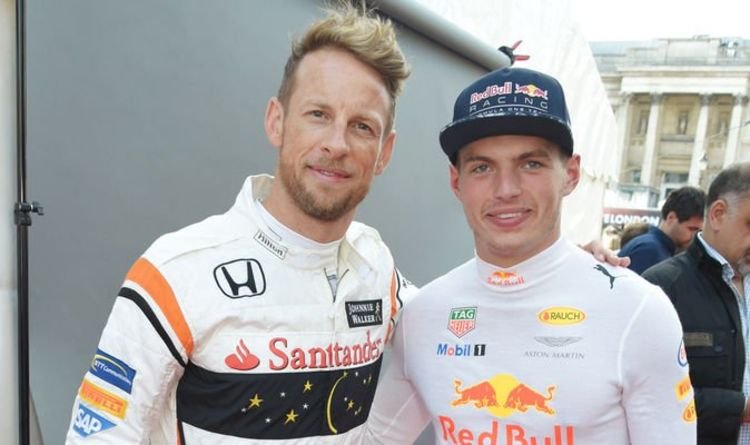 Jenson Button finished the race way down the grid at the sixteenth place in his Mclaren.

Jenson Button raced against both Max Verstappen and his father Jos

Button was talking in a Sky Sports F1 ‘vodcast’ about his time in Formula 1. And which drivers he appraised as the best he went up against in his time in F1. His career spans from the year 2000 to his last race at Monaco in 2017.