The inevitable has happened. Alpine have confirmed that Davide Brivio will be the French team’s new racing director. The confirmation by the French car brand comes a few days after Renault team principal Cyril Abiteboul left the team.

The question as to who takes Abiteboul’s role in the team is unclear. Reports state that it could be Renault’s executive director, Marcin Budkowski. But for Brivio’s part, he will be reporting directly to Alpine’s CEO Laurent Rossi.

Brivio is a newcomer into the world of F1. However, that doesn’t mean that the Italian is inexperienced.

Let’s have a look at who he is and what his accomplishments are.

Brivio is an Italian motorsport manager whose career kicked off all the way back in 1990. He worked for an independent satellite team of Yamaha at the Superbike World Championship, catering to rider Fabrizio Pirovano. 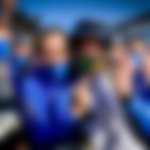 In 1992, after finishing the previous season second in the championship, Brivio was elevated to the factory Yamaha team. He remained at the factory team, gradually rising through the ranks until 2000.

How did Brivio get into MotoGP? Was he a success?

In 2001, Brivio was shifted to Yamaha’s MotoGP division, where he became the team manager/principal. He was given the honor to prepare the team’s European racing Headquarters in Milan, Italy. The Italian was also tasked with leading the team in its switch from the 2 stroke era to the 4 stroke era in 2002.

Brivio is credited for pulling off one of the greatest driver/rider moves of all time. He got MotoGP legend Valentino Rossi to come to Yamaha back in 2004. Rossi went go on to win four world championships with the team (2004, 2005, 2008, and 2009) while the Yamaha would win four constructors’ championships during that time as well.

When Rossi left the team in 2010, Brivio went with him. But the Italian re-entered MotoGP in 2014, this time as team manager of Suzuki. His first task was to prepare the factory ahead of Suzuki’s own comeback to the sport in 2015.

Brivio’s MotoGP career came to a fantastic end in 2020. He won the team its first Constructors’ Championship in 20 years!

Brivio may not have any engineering expertise. However, he is a fantastic manager who has had immense success managing one of motorsports biggest entities. At Alpine, he may not be team principal but will play a big part in handling Fernando Alonso.

Could he take Alpine to ultimate glory, recreating what the team had achieved as Renault back in 2004 and 2005, much like he did with Suzuki? Only time will tell. But if there was ever a man equipped with the right tools and the expert knowledge to do so, it’s Brivio.