For the second time in as many weeks, Renault F1 lodged a protest against Racing Point over the RP20. Renault believes there are certain parts on the RP20 which are in breach of FIA regulations which raises questions on the car’s legality. However, Racing Point team principal Otmar Szafnauer recently revealed why he was “frustrated” with the protest and how he believes his team is in the clear.

From a team that barely made into Q3 last year, Racing Point now leads the midfield. Some would argue that the team is no longer a part of the midfield, given the sheer performance of the car. Long story short, Racing Point have last year’s Championship winning car and that hasn’t gone down too well with some parts of the paddock.

Racing Point in the clear?

Over a week ago, Renault protested against Racing Point, citing the team’s brake ducts as proof over the RP20’s legality. Renault chose the brake ducts specifically as it is an essential component in controlling tire temperature and aero performance. Furthermore, Renault explained that the brake duct is partly visibly which makes ‘copying’ a difficult prospect. 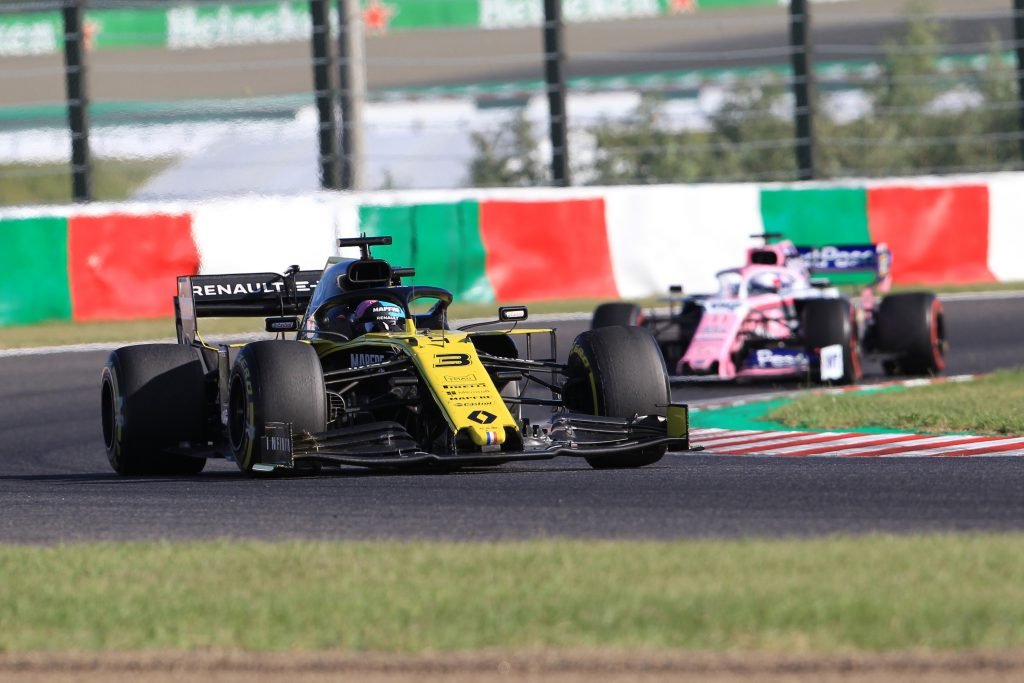 Szafnauer rubbished claims of the brake ducts being illegal. The Romanian revealed that Racing Point had over 800 drawings, all meticulously designed by the British team.

Szafnauer added that Racing Point didn’t have any other brake ducts, because the team is confident about the parts being legal.

“Brake ducts, just so you know, take a long time to design and make, they are very, very complicated, and we have 886 individual drawings for our brake ducts.”

“So the only reason I’m frustrated is I know what we’ve done,” said Otmar as quoted by Autosport.

, and why it’s legal. And it wasn’t a loophole or anything.

“It’s just frustrating when I know we’re legal and I get all these questions about well what happens if you lose? That’s the frustrating thing.”

Szafnauer also disclosed that the FIA spent a good amount of time talking to engineers and inspecting the RP20.

“Something Else” Behind Sebastian Vettel’s F1 Struggles : Racing Point