In F1, not giving an inch and defending like it’s the end of the world are a few attributes that define a hardcore racer. However, drivers can get carried away sometimes and push the boundaries of what’s allowed and what isn’t. There’s a very fine line between racing to the limit and outright dirty driving. Kevin Magnussen is one of the few drivers on the 2020 grid that driver and fans often call out over his dangerous driving. Recently, the Dane justified his “aggressive” driving style and tried reasoning why he drives the way he does.

Kevin Magnussen on his driving style

Fernando Alonso, Charles Leclerc, Nico Hulkenberg, and even his own teammate Romain Grosjean. These are a few drivers, who’ve taken offense to Magnussen’s over-enthusiastic defending over the years. Magnussen isn’t the easiest of drivers to pass but sometimes drivers tend to tangle with Kevin to the extent where it gets messy. 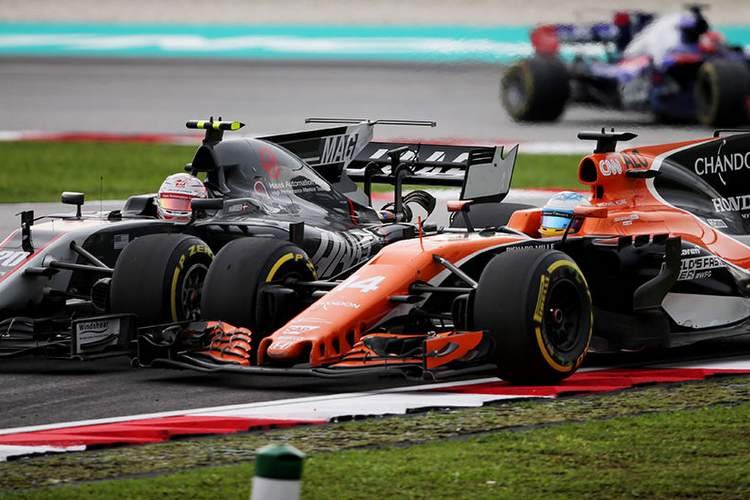 Magnussen admitted that his defense was a bit too much at times but had a reasonable explanation. When Scrapping over a single point, it makes sense to go for broke as there’s not much to lose. Moreover,  getting p9 or p10 for a midfield team holds a lot of value. Nevertheless, it doesn’t justify driving to the point where it becomes questionable. Speaking to F1 via an Instagram live, Magnussen said:

“There are certainly some drivers who have had some issues with it and complained about it and I’m the first to admit that I have overstepped the line at some points  but I don’t think I’m the only one who’s done that.”

“The thing is, the last few years, I’ve been battling right in the midfield”

“and often in the midfield if you’re in P10 and you’re getting caught from behind from P11 or the other way round… there’s that one point to gain… and there’s not really a lot to lose. I’ve had had very tough battles for P10. Some of them were over the limit.

“The way I see it is: You’ve got to take it to the limit”

“not over the limit, for sure, but you’ve got to take it to the limit with your driving style