Earlier this month, F1 managing director Ross Brawn revealed that they were looking at including more European races in 2020. Among the tracks he name-checked were Imola and Mugello. Imola had last hosted an F1 race in 2006 and having its Grade 1 license renewed this month, are looking to hold a Grand Prix in 2020. However, Mugello seems the more likely of the two to host the second Italian Grand Prix this year. Nevertheless, The president of the Imola circuit hasn’t given up hope. 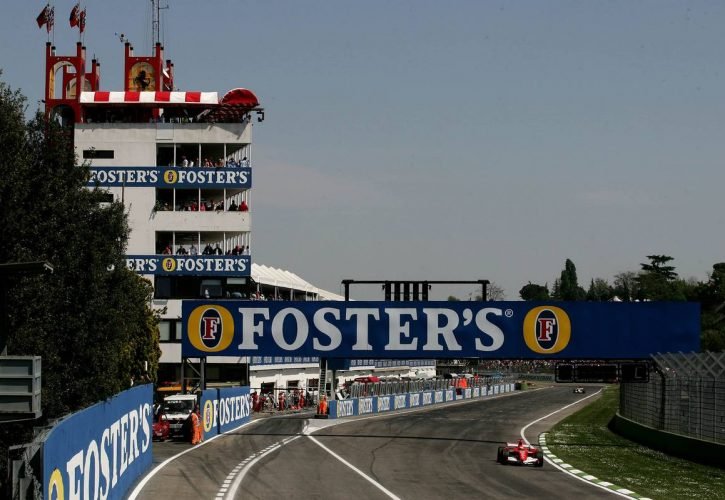 The president of the Imola circuit, Uberto Selvatico Estense, spoke to Autosport.com. He said, “Imola has F1 in its DNA, and on this track, the history of F1 has taken place. It must not be forgotten and we must be rightly proud of it.

“Looking ahead, and with an eye to the local economy in this serious moment of crisis, our goal is to bring back the top series to Imola’s circuit from this year. The most logical and most suitable solution for F1 fans from all over the world would be to use circuits with greater media impact, as Imola certainly is. (And) perhaps together with Monza and Mugello, for a legendary national triple.”

Most recently, on the 23rd and 24th, AlphaTauri hit the Imola track for filming. The sister team to Red Bull used their two allotted filming days to test their 2020 car for no more than 100 kilometers. Daniil Kvyat and Pierre Gasly used the two days to shake off the cobwebs. As for the crew of the team, they practiced all the required safety protocols that will come into effect once the season begins.

Daniil Kvyat showered some praise for the circuit. He said, “Being here in Imola today feels great! I’ve known this track for a while now. Imola is a track which is really nice to drive. (It has) lots of fast turns. I think it’s a track that really deserves to return to the F1 calendar.”