While he’s arguably one of the greatest drivers in F1, Fernando Alonso’s return may not be as easy as it appears. With age firmly against him, the Spaniard could be in for a major challenge, competing with drivers nearly half his age. However, the double World Champion doesn’t see age as a disadvantage and took Hamilton’s example as proof of the same.

The stopwatch is the only thing that matters: Fernando Alonso

Fernando Alonso will be 39 years old when gets his first taste of F1 action in over 2 years. For a driver of Alonso’s caliber, ‘race rust’ is unlikely to be an issue. But can he physically keep with younger, hungrier drivers?

F1 is officially entering a newer phase with teams backing youth. Charles Leclerc, Max Verstappen, Lando Norris are all a part of F1’s ‘next generation’ Even Fernando’s future teammate, Esteban Ocon, is 15 years his junior. 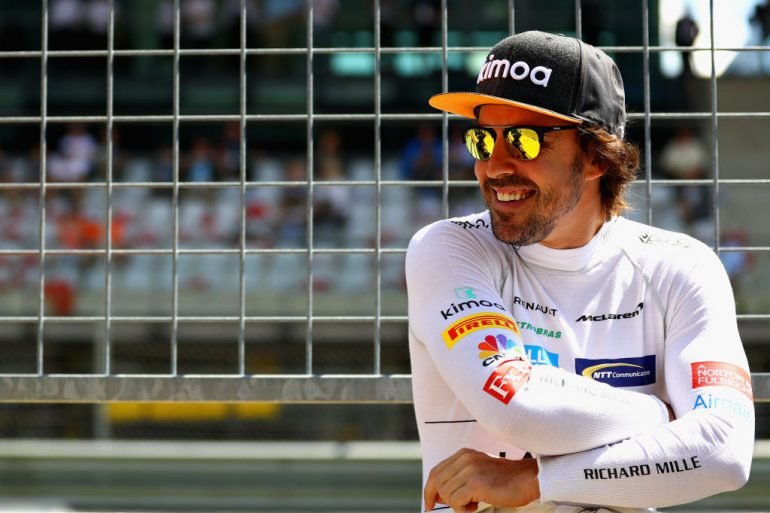 “The stopwatch is the only thing that matters, not the age. I never had a classification on the race based on the passport, my date of birth. It’s always on [the] stopwatch. Hopefully, we’re still fast” said Alonso, as quoted by F1.com.

The Spaniard went on to explain how Mercedes would have opted for a different line-up had Hamilton’s age played a role.  The 6 times World Champion is 35 years old but isn’t showing any signs of slowing down. In fact, he’s only getting stronger as the years go by.

“If you think like that, even in Mercedes, maybe you pick up Bottas and Russell”

“I think the quick guys, you know, they will be quick and hopefully I didn’t lose the speed”

While Alonso is returning to the team that helped him clinch both his World Championships, it’s not quite the same team from 15 years ago. Renault is firmly stuck in the midfield as things stand and are on a long journey to start winning again.

Will getting Fernando onboard change the team’s fortunes? Only time will tell.