It’s no secret that Mattia Binotto and Toto Wolff don’t see eye to eye. After all, Mercedes and Ferrari have always been fierce competitors on the track.  But why is Wolff at odds with a team that’s currently not a threat to Mercedes and barely finishing in the points?

According to Binotto, Wolff and the Italian have differing leadership styles. Moreover, Mattia believes his lack of a ‘yes man’ attitude isn’t going down too well with the Austrian.

The Binotto-Wolff feud has been building up for a while now. In Austria, Wolff refused to sympathize with Binotto over Ferrari’s on-track struggles. More recently, the Austrian called out Ferrari over some individuals’ priorities amidst the team’s poor performances. While Wolff didn’t name Binotto, it doesn’t take a rocket scientist to figure out whom the jibe was directed to.

When asked to respond to Wolff’s comments, Binotto refused to directly respond to Wolff but acknowledged the Austrian’s remarks. It’s still unclear why two of the most powerful entitles in F1 don’t get along.

However, Mattia Binotto presented his side of the argument.

“First, because we have different leadership styles,” Binotto said. 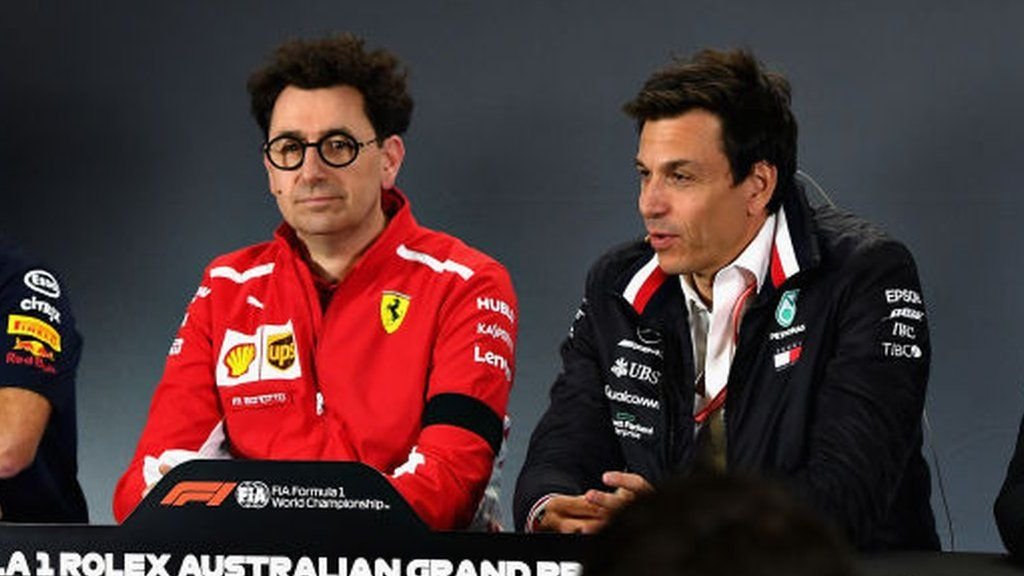 “I never talk about others. And then because Ferrari is Ferrari, everyone wants to have their say. For him too it represents something special. Finally, because I’m not one of the few who don’t always say yes to him “

Speaking of leadership, Ferrari’s gone from bad to worse under the Italian’s reign. While the reason behind Ferrari’s horrendous performance is mostly due to its engine issues, Binotto’s handling of Sebastian Vettel’s exit also caused a minor controversy.

Despite their problems on the track, the Italian brushed aside any concerns of a possible restructure at the top.

“I’m not alone, I can assure you. With Louis Camilleri I speak several times a day, with President John Elkann regularly. I get their advice, certainly their leadership style is different from what we were used to in the past. But I’m not alone, not really “

Binotto claims to have the support of the top bosses at Ferrari, but the team’s fans don’t share the same views.