“I’m a Perfectionist”: Serena Williams on Being Too Hard on Herself

Red Bull team principal Christian Horner responded to Renault boss Cyril Abiteboul’s remarks over a possible reason behind the former’s slow starts in an F1 season. Abiteboul believes Red Bull “missed a trick” by not developing its own F1 engines and relying on Honda instead. Horner countered the Frenchman’s remarks, suggesting the team’s relationship with Honda was far better than with Renault.

What started off as a successful partnership with Renault, quickly soured into a messy divorce that ultimately culminated with Red Bull dropping Renault as an engine supplier. Following the Renault split, Red Bull turned towards Honda power in a bid to dethrone Mercedes at the top.

Red Bull is only in its second season with Honda but Abiteboul reckons that’s part of the reason behind the Milton-Keynes outfit constantly playing catchup. Responding to the Frenchman’s comments, Horner opened up on why Honda was different from Renault.

Relationship with Honda is a partnership: Red Bull

“Because they are not fully integrated,” said Horner. 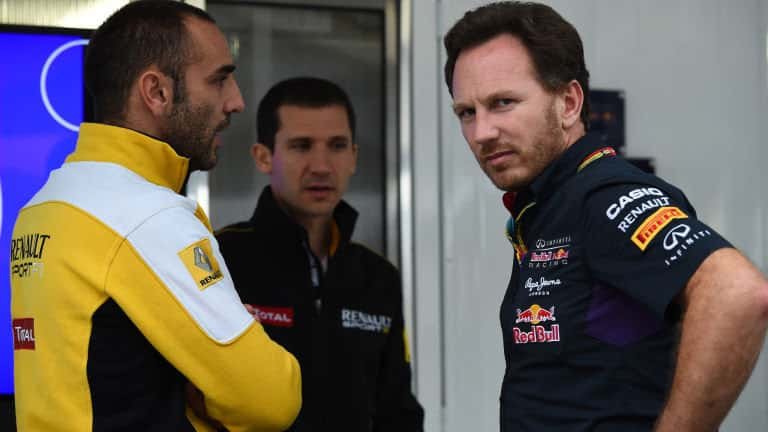 “I watched his comments and it was quite interesting. Well, I would say that we are as integrated with Honda as you would be. It’s a proper partnership, and more integrated than we ever were with Renault in the V6 era.

“We won four world championships and sixty-odd races paying for our engines from Renault. So I would certainly counter that, in that the relationship with Honda is a partnership as opposed to a customer supplier relationship.”

While Red Bull may be in a better place with Honda, the team is yet to dominate a race in convincing fashion in 2020. Yes, they won the 70th Anniversary Grand Prix, but the win was a result of Mercedes’ tire woes playing up.

On pure pace alone, Honda isn’t on the same level as the German manufacturer. Arguably, even Renault appears to have a stronger engine. The team was lightning quick on the straights during the Belgian GP, which reflected accordingly in their race results.

Monza, like Spa, is a low downforce circuit that rewards top speeds and a powerful engine.

Can Red Bull close the gap to Mercedes?

Daniel Ricciardo Has Decided on a Location for Abiteboul’s Tattoo