Sebastian Vettel opened up on what he would miss the most about Ferrari when he leaves the team at the end of the year. The 4 times World Champion also spoke about his impact on the prancing horse team and the legacy he leaves behind.

After 6 seasons in red, Vettel will bid adieu to Scuderia Ferrari after a long journey that’s had its ups and downs. He never clinched the World Championship with the Italian team, but there was something right and comforting about a German driver behind the wheel of a Ferrari.

“Would have liked to have achieved more with Ferrari”: Sebastian Vettel

Sadly, the Ferrari dream never took off for Vettel, but he can proudly leave the team as their third most successful driver of all time. But what will the former World Champion miss about Ferrari?

“The people I’ve worked with over the years” Vettel said.

“I have met many people, some of whom I feel very close to”

When quizzed on his impact on Ferrari, Vettel expressed regret at not achieving more with the team. 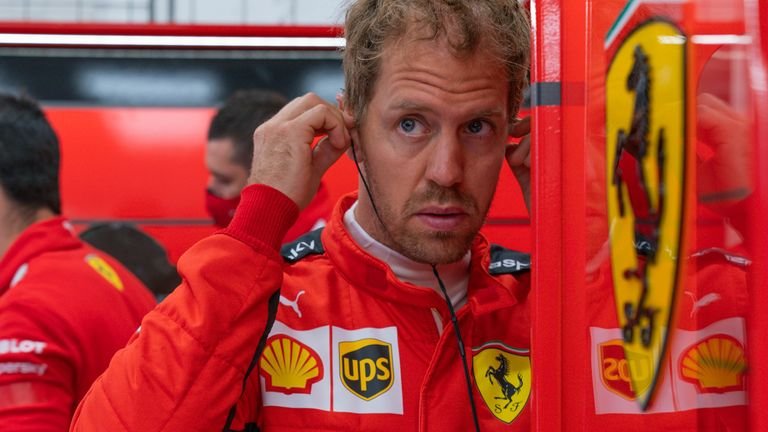 “Perhaps it would be more correct to have the team answer this question. I am not nostalgic, I am inclined to look forward, but I certainly would have liked to have achieved more with Ferrari. It didn’t happen, but for both sides now is the time to look forward, it being understood that until the end of the season we will still try to do the best we can together ”.

One of the greatest honors for any Ferrari driver is winning before the adoring Tifosi at the Italian Grand Prix. Unfortunately, Vettel’s desire to stand atop the highest podium step in Monza while donning red may remain an unfulfilled desire.

With the SF1000 struggling on pace, a points finish could be Ferrari’s greatest takeaway from the Monza race. Nevertheless, Vettel revealed why the lack of on-track support is actually a good thing.

“It will be a great shame not to have our fans, it will be the first time I will see Monza without fans, and maybe not just for me.

“For this reason things will be a bit easier for me, because I think one of the most overwhelming things about being a Ferrari driver was seeing how many fans this team has around the world