At Spa, Hamilton led Bottas by just over a second for the majority of the Grand Prix. The Finn struggled to really challenge Hamilton for the lead at any stage of the race. Mercedes could’ve gambled on a two stopper, but didn’t.

Wolff explained why the team chose not to pit the Finn a second time during the Belgian Grand Prix. “He said, ’Why didn’t you pit Valtteri for the second stop?’ I said if we would have known that a two-stop is quicker, we would have pitted Lewis as well.

“In hindsight, the two-stop is the better strategy, but we didn’t want to lose position against Max, because it was not clear whether we would beat Max on-track. 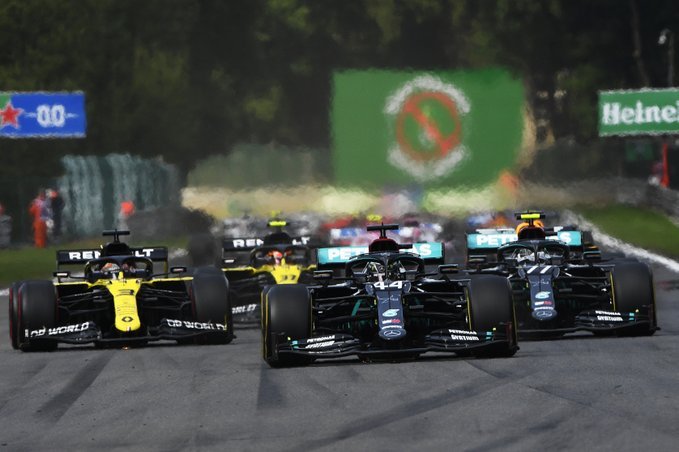 “I said why didn’t you pit Max for a second stop? You could have beaten us. He said, ‘Well we weren’t sure we would be able to overtake Ricciardo’.”

Furthermore, Wolff rubbished claims of the German team giving Hamilton preferential treatment. “There is no such thing as prioritising one driver over the other. We have always played it completely open, transparent and fair.

“That is how we’re going to continue,” Wolff said.

While Mercedes claims to treat its drivers impartially, they have ordered Bottas to hold position or move aside for his teammate on many occasions.

After claiming a dominant win in the opening round this season, Bottas’ campaign to deny Hamilton a 7th World Championship has gone off the rails.

One of Bottas’ biggest strengths in 2019 was his qualifying pace. The Finn was more than a match for Hamilton, who’s arguably the best F1 driver over a single flying lap in F1.

Can he use a possible tow to his advantage and win once more in 2020?