Mercedes team principal Toto Wolff finally responded to rumors of an alleged rift with Daimler and its boss Ola Kallenius. The Austrian quashed all rumors of a feud with Kallenius and clarified that he was actually in touch with the Swede every week. However, Wolff admitted that contract talks were “complex” but hoped to reach common ground with Daimler soon.

Toto Wolff’s contract with Mercedes expires at the end of this season. He’s yet to announce an extension and there have been multiple rumors regarding his future not only at Mercedes but Formula 1.

Last week, several publications reported that Wolff would be stepping down as team principal of Mercedes. The rumors spread to the extent that Mercedes had to issue an official statement, denying the same.

But that wasn’t the first time Wolff’s future was questioned. According to many earlier reports, Wolff allegedly didn’t see eye to eye with Kallenius. Moreover, he apparently had problems with the higherups in Stuttgart. 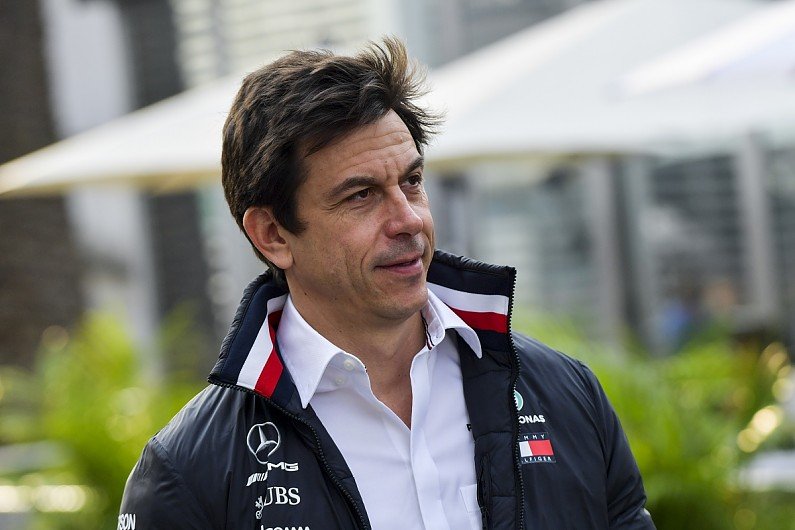 To add fuel to the fire, Wolff invested in Aston Martin, resulting in many speculating about his future. Some believed the Austrian would team up with Lawrence Stroll to takeover Mercedes. Or even take on an operational role at Aston Martin.

Wolff has denied the Aston Martin rumors or multiple occasions. Recently, Toto Wolff cleared the air regarding his professional relationship with Daimler and Kallenius. Speaking to Martin Brundle, Wolff said:

“I’m happy where I am, Mercedes is my family [and] I really enjoy the relationship I have within the racing group and also within the Daimler group”

“contrary to what is being said outside, I’m very close to Ola Kallenius [and] we almost speak every week”

“And very much aligned”

“I’m not planning to go anywhere else, it’s our intention to come to a situation where can announce some kind of agreement [but] it’s more complex”

The Austrian concluded by admitting that he missed racing and F1. Wolff revealed that he apprehensive of going racing in Australia but couldn’t wait for the season to begin in a month’s time.