Ex-Renault F1 team head Flavio Briatore believes Lewis Hamilton and Max Verstappen are the sports’ only noteworthy global stars. However, he feels that Charles Leclerc is going to join them soon while he develops at Ferrari. He feels currently only Hamilton and Verstappen can be viewed as global sporting icons.

In a recent episode of F1’s Beyond The Grid podcast, he said, “There are only two stars in Formula 1; Hamilton and Verstappen.”

“Leclerc is a really, really strong guy. But Leclerc is not recognizable now. Verstappen for me is the more incredible driver. He’s fantastic in the way of overtaking.”

Be that as it may, Briatore is sure a third name will go along with them and it is Leclerc. He feels that Ferrari is two years late in promoting Leclerc to replace Kimi Raikkonen.

“I believe, if I was Ferrari, I’d have put Leclerc two years ago into the place of Raikkonen, because you know, with Raikkonen you’re going nowhere, you’ll never win anything with him. I’d [have taken] the risk to put Leclerc.”

The previous Benetton and Renault F1 team head have given his appraisal on the present picture of F1 in the podcast. Surprisingly, he has not included heavyweights like Sebastian Vettel and Kimi Raikkonen in his list of stars on the current grid. Kimi and Vettel are both former drivers’ title winners and enjoy a global following. 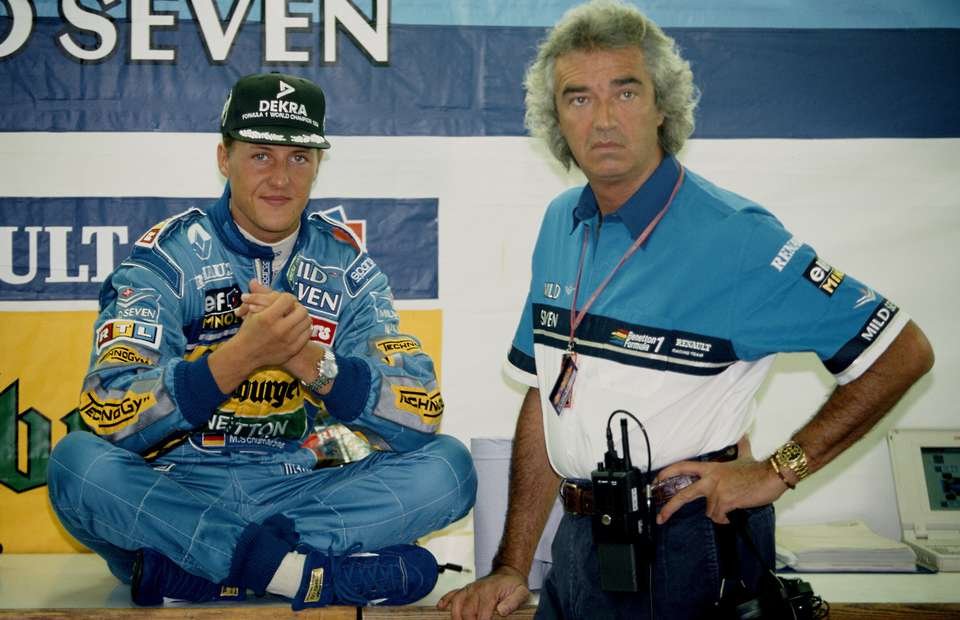 Lewis Hamilton Doesn’t Have The Same Competition As Schumacher

Briatore likewise feels Hamilton has dominated in a simpler time during his current F1 era compared with Michael Schumacher. When Schumacher was winning world titles the degree of relative rivalry from their particular adversaries was higher. The Italian was Benetton’s team head for Schumacher when he won his initial two world titles in 1994 and 1995.

“Now it’s less, the competition. You have two drivers, three drivers. Nobody puts the pressure on Hamilton.”

He was last involved with the sport in 2009 with Renault. He departed the sport as an aftermath of the Renault crash gate incident at the 2008 Singapore Grand Prix.