Over the years, F1 hasn’t been all about portraying the world’s greatest racing drivers, as money is becoming a bigger game-changer for the teams. In recent times, despite possessing incredible racing talent, drivers have been shown the door, and one of the victims, Nico Hulkenberg, finally opened up on the matter.

The German enjoyed a brilliant rookie season with Williams in 2010, constantly chipping in a handful of points. He also gifted Williams their first pole position in five years. Hence, considering his blistering debut F1 outing, Nico was all set to stick around the team for years to come.

However, that wasn’t meant to be, as the British team sacked Nico, citing the financial crisis. What’s more? They brought in Pastor Maldonado, who carried substantial funding with him into the team.

What did the standby F1 driver say?

Speaking to GQ Magazin, Nico opened up that he was extremely frustrated with Williams‘ decision to leave him out for the 2011 season.

“Here you have to differentiate a bit between the top and the rest of the field of drivers,” he said. “In the midfield and the rear, it is sometimes the case that other factors such as politics and financial aspects play a role in decisions.” (Google Translate)

“I’ve seen that myself. In 2010, right after my first year, Williams fired me because they had financial problems. And Maldonado came with a decent dowry. Of course, it was bitter and frustrating, but these are factors that I have no control over.”

Of course, it was a happy ending for Nico, as moments later, Force India knocked on his door, requesting his services. However, in 2011, Nico played the role of a reserve driver, occasionally taking the car for a stroll during practice sessions.

And later, as F1 woke up to the 2012 season, Force India announced that Nico would be taking up a full-time seat in the team alongside Paul di Resta.

That’s the way it is: Nico Hulkenberg

However, COVID-19 turned out to be a blessing in disguise for Hulk as he received golden opportunities through the 2020 season to impress other F1 teams for the 2021 season. Nico drove a couple of brilliant races, bringing the car home in one piece and into the points as well.

But, that just wasn’t enough, as he still failed to find a regular drive for the 2021 season. 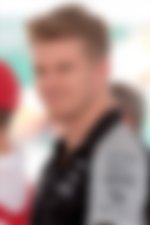 “And as far as the coming season is concerned: That’s the way it is, just outside the box is also over,” he said. “I’ve been in this business too long to let it get me down now.”

Overall, although the doors are pretty much shut for Nico to make an F1 comeback, there are a lot of other roles to take up in the sport. He has been playing the role of a standby driver for Racing Point since the start of the 2020 season.

And it is looking likely that the German will continue doing it with Aston Martin as well. Hence, will the speculations turn out exactly the same in reality? Will the fans get to witness the Hulk inside the paddock over the upcoming season?