Ferrari Team Principal Mattia Binotto has quashed all the news and rumours about their engine and power unit issues from 2019, calling the circulation of such as ‘bull****’.

The belief was that the fact that Ferrari and the FIA had entered into a confidential agreement regarding the specifics, has only raised more questions than answers.

Speaking to Channel 4, Binotto was quoted as saying, “Honestly I think that there is a lot of bull****. A lot of rumours and we should not care too much because we need to stay focused on what we are doing. On the settlement it’s very simple there has never been a breach of regulation and that’s it.”

Binotto reveals that the reason why the full details were never published to the media and public was that it was a matter of Ferrari’s technical intellectual property following the enforcement of technical directives and guidelines by the FIA. 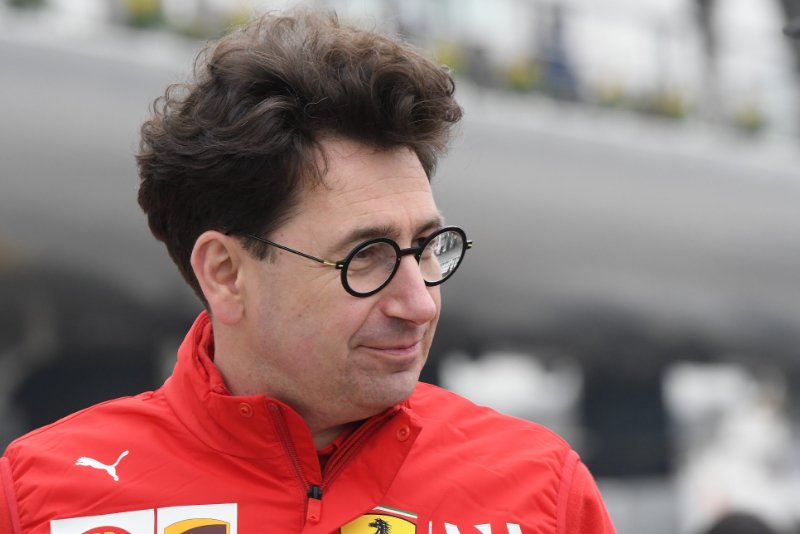 He insists that there was no wrongdoing on their part back then and that that is the case even now as well. Regardless, the Italian boss has come under a lot of scrutiny in the present season and there were signs that he was cracking under pressure.

But he has put to rest the fact that there would be difficulties anywhere else too and it is no different at the Ferrari camp – “I am very happy to do what I’m doing, we’ve got a great team, I think we’re united and when you are so united in such a difficult situation it shows how the spirit is strong.

With the denial that there is a crisis afoot within the 16-time Constructor Champions’ offices, Binotto is one of the many optimists who think that Ferrari’s chances could be much boosted when the 2022 financial and technical regulations are integrated into the sport.

The thinking is that Ferrari would construct a car capable of at least competing and fighting consistently, with an improved situation on the current car. In his closing statements of the interview, he was quoted as saying, “2022 is our best opportunity because it will be a big financial challenge with the budget cap, not only technically. But next year still is an important season for us so I’m not saying that we will be challenging for victories, but hopefully we can improve the current situation.”

While many of the sport’s purists would still love to get their hands on a copy of that settlement agreement from 2019, it seems like Mattia Binotto and Scuderia Ferrari are already looking towards the future – with the intent on ignoring all speculation and a desire to be stepping out on the track as a genuine contender.

Despite No On-Track Action, Mercedes Demolish Ferrari Yet Again