Red Bull team principal Christian Horner believes it is impossible for all 10 F1 teams to reach common ground regarding the budget cap. Horner believes McLaren and Renault are the biggest losers in a modified or reduced cost cap. The Briton also suggested a potential solution to solve the smaller teams’ financial crisis regarding car development.

Why F1 teams are pushing for a lower cap

The Coronavirus epidemic has forced the FIA to abandon the 2021 regulations changes and defer them to 2022. The postponement gives midfield teams a small lifeline financially, however it fails to completely mitigate developmental headaches. The current financial crisis will hamper future car development for all the teams to varying degrees.

To level the playing field, F1 will introduce a budget cap of $175m from next season. While this is a positive step to reduce the gap between teams, it doesn’t quite solve the problem. Smaller teams are currently pushing for an even bigger budget reduction and hoping to get the cap down to $100m.

The top 3 teams are resisting this change, citing multiple reasons which are valid to a certain extent. A team like Ferrari or Mercedes has a much larger workforce and when compared to a team like Haas or AlphaTauri. Reducing the cost cap would result in layoffs – which teams several teams are against. 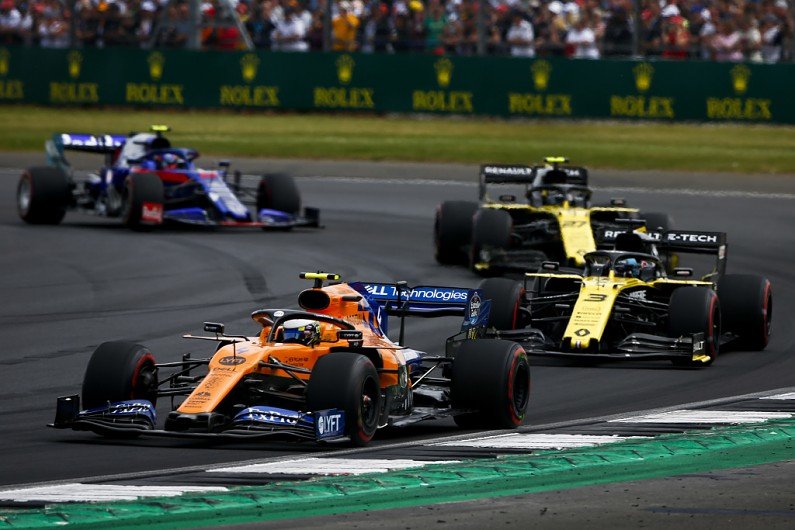 Horner believes the budget cap isn’t the way to go

Christian Horner believes the budget cap isn’t the solution. The Briton’s solution is to provide a developed car to teams from the last race of the current season for use in the succeeding season. Horner also highlighted that McLaren and Renault face a different problem when compared to the smaller teams.

Renault and McLaren are teams that are big but not big enough and small but not quite entirely midfield level. Their development costs could be classified as top tier but their developments aren’t quite on a Mercedes or Red Bull level. Horner thinks a budget cap isn’t going to solve teams’ financial problems.  Speaking to Sky Sports F1, Horner elaborated on the same:

“I would have no issue at all, for a short-term period- 1 or 2 years to say to the smaller teams-

“You know what? Let’s get rid of all your R&D costs and everything, you just need to be a race team and we will sell you our car in Abu Dhabi”

“And that would be their quickest way to be competitive”

“That would probably deal with 4 teams and they’re all trying to copy each other’s cars anyway!”

“McLaren and Renault would be the odd ones out, it’s impossible to get a compromise that suits everybody”