The new 2021 technical regulations is a massive game changer. This could also have a heavy influence on the F1 driver market with a chunk of shock transfers. One such potential move is Sebastian Vettel away from Ferrari to McLaren, as per F1-insider.

Vettel joined the Ferrari ranks in 2015 seeking a first Drivers’ Championship with the team since 2007. In 2017, he came agonisingly close, but no cigar to this day. To make matters worse, his role as the team’s numero uno driver came under a lot of scrutiny. The arrival of the talented Charles Leclerc did little to help Vettel’s cause.

In 2020, Sebastian Vettel enters the final year of his Ferrari contract and seeking an extension. The team indicated that he is their preferred choice for 2021, however his role is still unclear. In other words, is he still the number 1, or will he have to act as second fiddle to Leclerc. 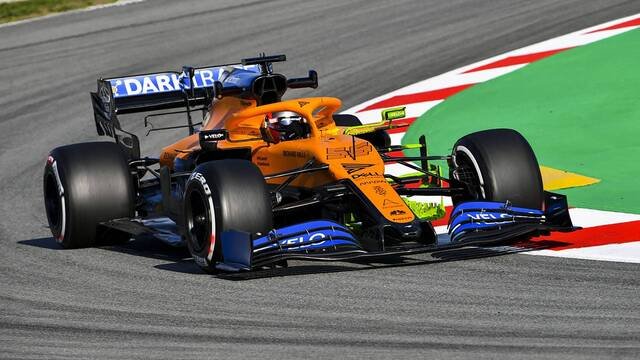 What does the future hold for Sebastian Vettel?

In the unlikely event that the 32-year-old walks away from Maranello, Woking will open its doors. To be honest, it is a plausible idea, since Vettel worked alongside McLaren team principal Andreas Seidl at BMW Sauber. As a result, the two share a fairly strong relationship.

A source told F1-insider: “Seidl knows Vettel well from their time together at BMW. If Sebastian is to be had, he will certainly think about him. It would also be a strong PR coup for McLaren-Mercedes.”

Former F1 driver Timo Glock even predicted that Vettel may end up at McLaren with Andreas Seidl. He admitted that Seidl would love to to have an experienced German driver of Vettel’s calibre in the team.

However, the question is, should McLaren break up an excellent partnership between Carlos Sainz and Lando Norris? The duo are regarded as one of the most entertaining and promising Formula One partnerships. McLaren have also expressed a desire to to back them in the long term.

The team even ruled out a return for two-time Formula One World Champion Fernando Alonso. So, would they seriously take a gamble on Sebastian Vettel in the near future?