Mercedes F1 boss Toto Wolff has denied all reports that he is in talks with Aston Martin to take over as the CEO. Wolff said while talking to a Motorsport.com‘s Dutch-language website this week. “The story is not true, I am not going to be the CEO of Aston Martin.”

Theory about Wolff’s future at Mercedes F1 emerged when he missed an urgent conference call of team heads a week ago. The conference agenda was about the sports’ reaction to the coronavirus pandemic.

All other team principals were on the line for the call. Wheres, Wolff’s place was taken by Mercedes F1 technical director James Allison. The team did not give any clarification regarding why Toto wasn’t present.

Racing Point F1 owner Lawrence Stroll was also not on the call. However, the team boss Otmar Szafnauer was present. 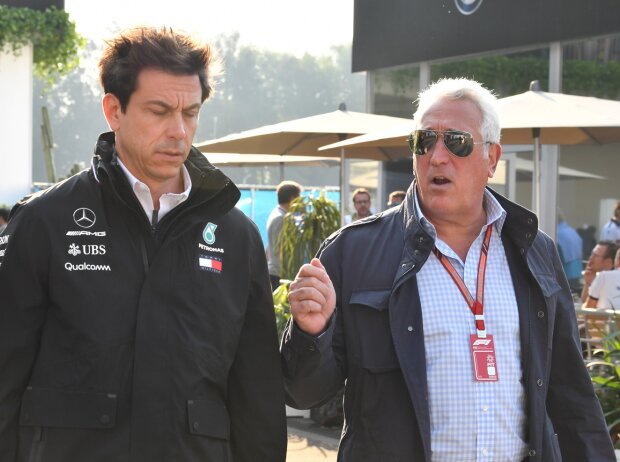 People are speculating that two nonattendances are brewing a new deal for 2021. It is being said that they are talking about terms for Wolff to take over as Aston Martin F1 boss when Stroll finishes his takeover of the financially struggling Aston Martin.

Stroll and Wolff, are long-term friends, had prior flown back together from the prematurely ended Australian Grand Prix in Stroll’s personal jet.

After Lance Stroll’s takeover of Aston Martin, the Racing Point F1 team will be rebranded from 2021 onwards. Wolff is reportedly in negotiations to take a stake in the business. He was previously a part-owner of HWA and the Williams F1 team before taking over the top job at Mercedes F1 in 2013.

Former F1 supremo Bernie Ecclestone still predicts that Wolff will surely choose to escape in the coming months. Bernie said that Toto will most likely switch over to Aston Martin’s works team by the end of 2020.

He said in a recent interview, “Lawrence has some people with him and the group has bought control of the company, and I suppose Toto could jump in there as chief executive.”

“He has the brains to pick the right people to be friends with, and I think we will more than likely see him join Lawrence at Aston Martin.”