“What I Am Doing Is World Class S***” – Bryce Mitchell

Nico Rosberg talks about his encounters with David Coulthard about what it resembles to be the teammate of the best drivers in F1. Rosberg, who won the championship in 2016, raced together with Michael Schumacher and Lewis Hamilton.

Schumacher returned after a three-year retirement and Rosberg showed that he was significantly quicker from 2010 to 2012. Schumacher resigned after 2012 and afterward, Rosberg was matched with Lewis Hamilton. A driver who knows Rosberg well from his karting years.

It was really not a simple undertaking for Nico Rosberg at Mercedes. The German, made a deal with the Silver Arrows group following four years in the Williams group, at first would have liked to be number 1 in the group. Yet, at that point team principal, Ross Brawn gave him the bad news, as the 2016 world champion recalls.

In the “F1 Unscripted” video interview of Formula 1, the 34-year-old recalls: “It was not a good moment. I was so excited and thought I could take the lead in the Mercedes team because there was no talk of Schumacher at the time. But then Ross Brawn called me out of the blue and said: ‘By the way, your teammate will not be Nick Heidfeld or Jenson Button. It will be Michael Schumacher.”

Michael was the God in the team- Nico Rosberg 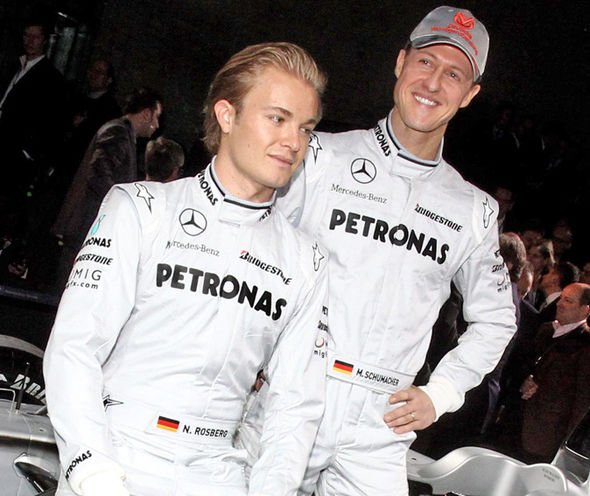 Rosberg’s career took a turn when he made a deal with the Mercedes group for its arrival to the F1 grid in 2010. He had spent four seasons with Williams with only 2 podium finishes up to that point.

Nico Rosberg proceeded to score 23 wins in F1 with Mercedes and won the 2016 world title before retiring. He stopped a seven-season spell with the maker that began with three years as the teammate to seven-time champ Schumacher.

Nico talks about all the thoughts that were running through his mind when Ross Brawn dropped the bomb on him.

“And I was like…Oh. My. God. [I had] the craziest thoughts, that I would have no chance, that the whole team would go against me, and Michael would manipulate his way through.”

“And also like, I don’t even know, can I keep up with him? He’s the greatest of all time, do I have a chance? That was a pretty crazy moment.”

Rosberg immediately settled himself as Mercedes’ primary contender. While Schumacher attempted to change after three seasons out of F1, Rosberg scored Mercedes’ first podium, first pole, and first win after the team’s return.

He says there are interminable stories of Schumacher’s dominance, remembering a restroom episode for Monaco that Rosberg has discussed before.

“Michael is a psychological warrior,” adds Rosberg. “He doesn’t even have to make an effort it comes naturally to him, to try and psychologically get into the heads of his competition.

“I was his team-mate so I was his greatest competition, and it would be from the morning to the evening.

“There’s so many examples. Monaco bathroom was one example.

“There’s only one bathroom in the garage. He knows that I’m standing outside because I’m talking like crazy, telling whoever’s in there to please get out because I’m panicking. I need to pee before qualifying.

“And he’s in there just looking at his watch, just chilling, because he knows he’s going to create more and more stress in my mind.

“Then he walks out, all chilled out, he’s like ‘oh sorry, I didn’t know you were there’.

“By this time I was in full panic mode. And it just went on and on.”