Valentino Rossi is one of the greatest MotoGP riders of all time. The Italian legend won seven championships during his storied career that still continues to this day. However, had things turned out a bit differently, Rossi may well have had a different set of titles on his resume. He could well have been an F1 world champion with Ferrari.

It’s no secret that Rossi loves F1 and Ferrari in particular. Apart from switching seats with Lewis Hamilton in a fun event at the end of 2019, he has also tested for the Prancing Horse on a handful of occasions in the past.

What’s more, Valentino had even managed to impress the higher-ups at Ferrari to such an extent that they were willing to make him their driver in the future. 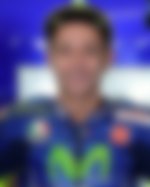 But Rossi turned down the offer, and here’s why.

The Italian is quoted by Motorsport, saying (translated via Google), “I ran multiple tests at the wheel of a Ferrari. Then the team management drew up a more comprehensive plan to prepare for the start of my Formula 1 career.

“According to this plan, I had to be a test driver first. Then I had to get behind the wheel of a slower car than Ferrari in a different team.

“That’s why I decided to refuse the offer.”

God knows what the future would have held for Ferrari and for Rossi if the move had actually worked out.

Would Rossi have been a legend in F1? Could he have guided Ferrari to a title? Nobody knows the answer to these questions.

But with seven world titles in his cabinet, Valentino wouldn’t be regretting anything.

The Maranello-based outfit are left reeling from their dismal 2020 campaign. The legendary Italian team only managed to end the season in sixth place on the Constructors’ Championship charts with just three podiums.

However, they’ll be hoping to bounce back in spectacular fashion this year.

In Charles Leclerc, whom Rossi admires a lot, and Carlos Sainz, the Scuderia have two top-notch drivers hungry for success. The team is also optimistic on the engine front and seems to have ironed out some of their flaws from last season’s car.

They may not pose a threat to Mercedes’ dominance, but they will surely want to avenge last season and give the Tifosi something to cheer about.