Could This Be Why Mercedes F1 Isn’t Ready to Sign the New Concorde Agreement?

Former F1 driver Nico Hulkenberg revealed that he was open to joining the ranks of Alfa Romeo in 2021. Hulkenberg asserted that he was “keen” to go racing again, but wasn’t “desperate” to return to the sport.

The German driver recently admitted to having discussions with teams over a potential deal for next season. However, he didn’t take any names.

As things stand in the driver market, Hulkenberg’s best shot at an F1 return lies with Alfa Romeo or Haas. Both teams are yet to confirm their respective driver lineups for next year, giving “The Hulk” a real chance.

And judging by his recent performance at the 70th Anniversary Grand Prix, it would be reckless of teams to ignore the German altogether.

Hulkenberg opened up about a potential reunion with Alfa Romeo (formerly Sauber) in a recent edition of the F1 Nation Podcast.

“Yes, yes, is the short answer,” said Hulkenberg, when asked if he would accept a deal with the Swiss team.

“I mean obviously there’s doing a deal, there’s several terms that kind of play into it and its always with the package. I’m very keen to go racing in Formula 1 , still love in the air, it’s my passion. 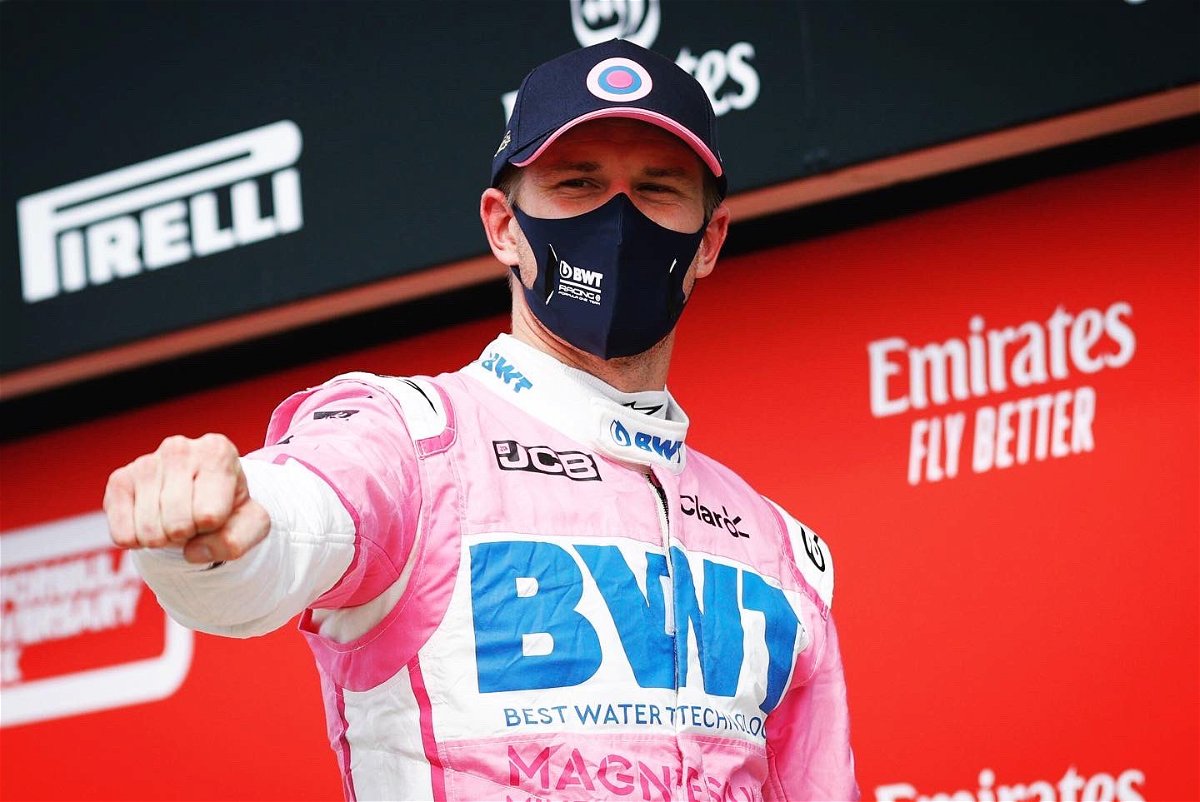 “But im not desperate but certainly would love to come back and be racing again. I’ve been talking to Fred (team principal at Alfa Romeo) quite frequently the last few months, very funny guy.”

Hulkenberg and Fred Vasseur have worked together before in the past, during the German’s GP2 days. Hulkenberg won the Championship in 2010 for Vassuer’s GP2 team, ART.

However, Alfa Romeo isn’t an alien environment to Hulkenberg either, as he drove for the team in 2013.

As exciting as an F1 return sounds, Alfa Romeo isn’t having the best season this year. The team has the slowest car on the grid and they often struggle to make it past Q1.

Despite the mediocre package, there appears to be a fair bit of competition for a seat at the team next year.

Allegedly, Sergio Perez has an eye on the team, should his current deal with Racing Point fall through. More importantly, Hulkenberg’s return hinges on Kimi Raikkonen possibly walking away next year.

If the Swiss outfit continues to underperform, Raikkonen could be well on his way out of the team.

Nico Hulkenberg “Would Be a Good Teammate” Says Max Verstappen