Earlier today, there were reports that Sergio Perez could potentially miss the British Grand Prix. As it turns out, the Mexican driver turned in an inconclusive test during a routine check-up.

A while later, it emerged that he did test positive and the Racing Point driver is currently under self-quarantine.

“Perez has entered self-quarantine in accordance with the instructions of the relevant public health authorities, and will continue to follow the procedure mandated by those authorities,” read a statement issued by Formula 1 and the FIA.

“With assistance of the local organiser of the British Grand Prix, local health authorities and the FIA COVID-19 delegate, a full track and trace initiative has been undertaken and all close contacts have been quarantined,” reads a statement from F1.com

With Perez ruled out, the team needs a backup plan to fill his seat. The obvious options are reserve drivers Esteban Gutierrez and Stoffel Vandoorne. Vandoorne’s participation seems a little sketchy since the Formula E season is resuming as well. 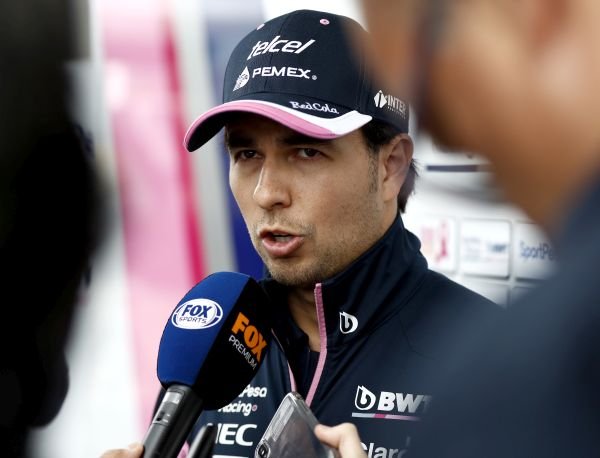 However, there is another option on the cards, a certain Nico Hulkenberg is a good option in the Racing Point. Many F1 drivers would also love to be the German driver back in Formula One.

Hulkenberg drove for the team during its Force India days before parting ways in 2016. More importantly, Nico’s been away from Formula 1 for a relatively short duration.

What is Nico Hulkenberg doing now, and can he replace Sergio Perez?

Currently, Hulkenberg is set to race in the ADAC GT Masters series at the Nurburgring on 15-16 August. The Le Mans 24 Hour winner will be behind the wheel of a Lamborghini Huracan GT3 Evo, courtesy of the GTronix 360 mcchip-dkr team.

Hulkenberg test-drove the car and is planning to get in two more outings before the Series’ second round.

According to reports from Motorsport.com and Racer, Racing Point is leaning towards the German’s services this weekend. The Racer reports that Hulkenberg visited Racing Point’s Silverstone factory for a seat fit on Thursday.