This time last year, Ferrari dominated winter testing and seemed like a genuine threat to Mercedes. Ferrari was riding high and mighty but come race day in Melbourne, the team were caught with their pants down.

Either Ferrari is competing with Mercedes for the sandbagging title or they are genuinely concerned with the car. I prefer the former, because, well who wouldn’t? you can deny it all you want, but seeing the red car win does make you happy.

Are Ferrari sandbagging or is the SF1000 really that bad

After an ordinary preseason test, Ferrari has given their judgement on the SF1000 and it isn’t looking good. At least, according to the team and drivers. The Scuderia didn’t set the timing screens ablaze, nor have they shown any real pace. It seems unusually calm at Ferrari but could this be a part of the great Ferrari master plan?

Think about it. Ferrari turns their engines down, give other teams a sense of false hope and then come to Melbourne all guns blazing. Taking a 1-2 in Melbourne would catch everybody by surprise and shock everyone in the paddock. Of course, all of this is just wishful thinking from a very passionate fanboy.

Now, back to reality.

Going by the data, the team aren’t looking competitive. Some F1 pundits have already written off the SF1000 and predicting Ferrari as the third-best team. In its insignificant track time spent on asphalt, The SF1000 hasn’t been the quickest, doesn’t have great top speed and even broke down with an engine issue.

This creates a bit of a headache at Maranello. The engineers have already come under intense scrutiny for developing a mediocre aero package in 2019. The SF90 was an absolute rocket on the straights but had one tiny problem. You see, any given race track has more turns than straight lines and by the time Ferrari tried fixing this, it was too late. 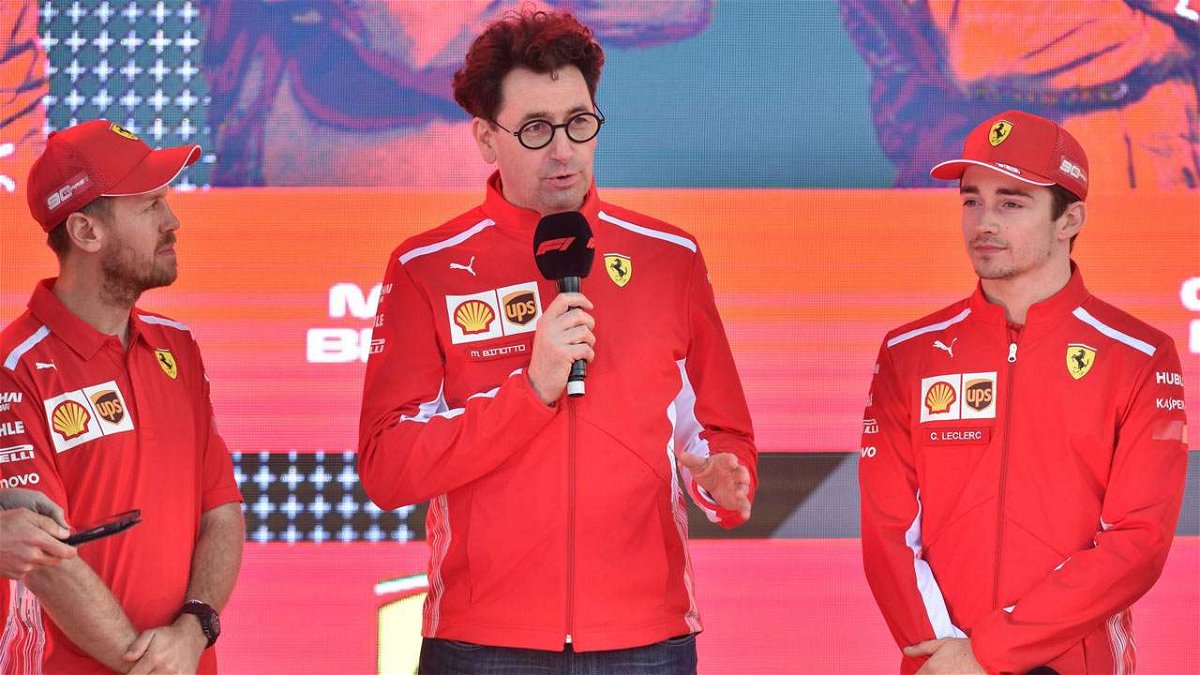 Sebastian Vettel has claimed the SF1000 handles a lot better in the final sector of the tack. This is the twisty bit of the race track and one where the Italian team struggled at last year. That’s a major positive for the team, but have other areas of the car been compromised?

“We’re not playing games, this is our true performance at the moment. How good or bad it is, it’s only after the first three races we will have a clearer picture. The pressure is there. The pressure should be seen as a motivation, not a drama.“ said Binotto, speaking to F1.

“We are where we thought we’d be. We knew we had put a lot of drag, we knew the power unit performance, so that is the speed we were expecting. The others are a lot faster on the straights, that is the situation.”

Earlier on Charles Leclerc revealed that Ferrari was employing a different approach to testing in 2020. Is reverse psychology Ferrari’s answer to Mercedes domination?

Ferrari Not Aiming for a “Single Victory”: Mattia Binotto