Upcoming Ubisoft Event to Announce Title Change for a Game?

One could argue that AlphaTauri’s Pierre Gasly has been the standout driver of the season so far. The Frenchman has done an excellent job at the Faenza-based outfit ever since he was demoted from Red Bull.

His performances so far have begged the question of whether he should be back partnering Max Verstappen sooner rather than later, especially since Alex Albon has flattered to deceive. However, Red Bull boss Christian Horner was quick to shut such suggestions down.

Horner seems to be satisfied with the job Albon has done thus far. He said, “His (Alex’s) performances on Sundays have been very strong. He drove another good race (in Belgium).

“His defending, his overtaking, and his attacking is always strong and I think we’re going in the right direction. It’s good to see Pierre getting back up to speed. But we’re happy with the way things are.”

Compared to Gasly’s time at Red Bull last year, Albon certainly has made more of an impact. After the completion of 7 races, Albon has accumulated 48 points compared to the 36 that Gasly bagged after seven races in 2019.

However, Albon has still some catching up to do with Verstappen. 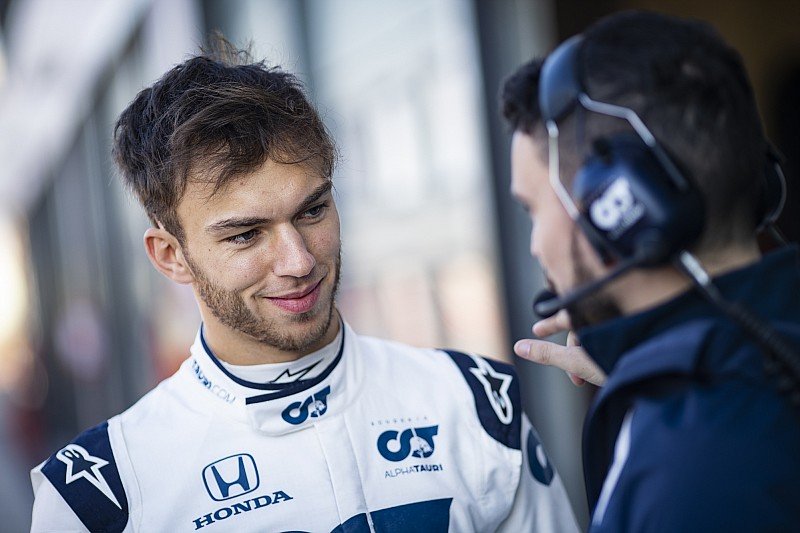 The 24-year-old has bagged 16 points thus far, which is an overachievement. Especially considering that his car, in terms of performance, is leagues behind the more impressive midfield runners like McLaren, Racing Point, and Renault.

However, Horner isn’t the most impressed with Gasly’s showings. Moreover, he thinks that Gasly’s improvement in performance has more to do with the car than him.

Speaking about Gasly, he said, “I think he’s performing well in the environment that AlphaTauri give him. I think the car is a good car this year, and I think it’s an easier car perhaps to drive than our car has been at times.”

While a promotion may not yet be in sight for Pierre, he could do a lot worse than he is at the moment. He’s given Red Bull a timely reminder of his talent and is mounting the pressure on Albon.

If he keeps his performance levels up, who knows, we might see Gasly back at Red Bull next year.