WATCH: Serena Williams and Coco Gauff Have a Gala Time Ahead of Fed Cup 2020 Tie

Red Bull Racing chief Christian Horner accepts the group has gained ground so as to contend with Mercedes this season. As of now, amidst arrangements, the various teams on the matrix are tweaking their particular autos before the beginning of the new F1 season. Red Bull Racing is, subsequently, buckling down for Max Verstappen and Alexander Albon.

Christian Horner, the group head, clarifies that everything is being done to get up to speed with the Mercedes of Lewis Hamilton and Valtteri Bottas.

“We’re in a good position to fight with them this season,” says Horner.

“Honda has done an incredible job, every engine introduction last year has brought performance and power. It seems that we are now very close to Mercedes.

“It also puts the emphasis on the chassis part of the team. Before we start this season we feel we are better prepared, earlier than we were in the previous five seasons.

“Let’s not forget that they are reigning world champions. So they’ll be favorites.

“But I think the stability in all areas, with the drivers and the technical staff, has allowed us to build up a dynamic in the second half of the season. I think we are in a good position to fight with them this season,” said Christian Horner.

Max can end the reign of Hamilton 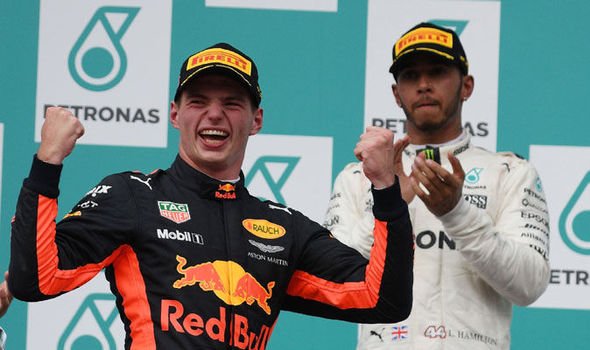 The Red Bull Racing head trusts Max Verstappen is the driver well on the way to challenge Lewis Hamilton for the Formula One big showdown this year.

Horner is bullish about his group’s odds yet figures Hamilton, who will focus on a seventh world crown. He thinks Hamilton will stay with Mercedes instead of change to Ferrari toward the finish of the period.

Verstappen, 22 yet entering his 6th F1 season, is persuaded he is prepared to take the battle to the British driver. Red Bull Racing has not appropriately tested Hamilton’s prevailing Mercedes group since the turbo‑hybrid time started.

Their standard style being that of moderate beginnings each season, which essentially can’t occur in 2020. Getting a quick beginning to this season would be pivotal for various reasons, two of which are to do with Verstappen and Honda. To be sure a crunch year for the Red Bull Racing/Verstappen/Honda venture.

Watch: Max Verstappen Roasts Himself with Lando Norris During the Virtual GP