Renault F1 can protest against the new vehicle of Racing Point F1 at the Australian Grand Prix for being a duplicate of a year ago’s Mercedes F1. The reason for the complaint will be the acquisition of aerodynamic elements from another team. It is prohibited by the regulations. 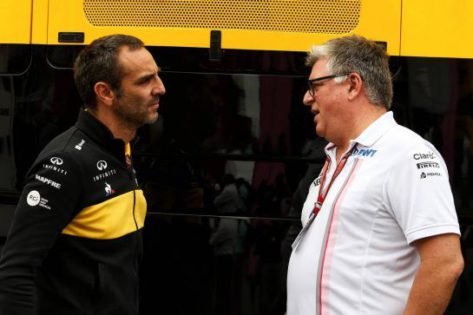 The RP20 was quickly named the ‘Pink Mercedes’ a direct result of its similitude to the W10 in the wake of making its introduction at the first pre-season test a week ago. Thus far, its exhibition hasn’t been too disparate either, with Racing Point F1 finishing the week fourth-quickest among the 10 teams. It was two-tenths behind the best time posted by midfield rival Renault.

The new vehicle not just highlights a comparable nose, front wing, airbox, and rear wing to the current Mercedes W11. It even has a year ago’s side pods. The vehicle, which is controlled by a Mercedes motor and furthermore utilizes the Brackley group’s gearbox, was created in the Mercedes wind tunnel.

Racing Point has shielded the RP20’s design. In their defense, technical director Andrew Green has said the 2019 Mercedes was mere “inspiration” for his design.

Tech boss Andy Green told Auto Bild Motorsport: “Should we take a look at a worse car? It makes sense that we look at the World Champion.

“We built our car alone and Mercedes didn’t help us.”

Dr. Helmut Marko said, “We are keeping out of it but McLaren and Renault will broadcast their opinions on this.”

During the 2019 season, Renault F1 was found guilty of breaching of using an illegal driver aid. Racing Point F1 lodged an official complaint with FIA.

In the end, while the stewards believed that the secret system was not in contravention of F1’s technical regulations, they did feel that it was a driver aid. As a result, Ricciardo and Hulkenberg were stripped of their sixth and ninth-placed finishes.

Aston Martin OFFICIALLY Confirm Their Return in F1 After 60 Years

Lawrence Stroll Set to Takeover Aston Martin as a CEO, Company Commits to F1 for 2021