Mercedes F1 Reveal Bottas 3.0 With a Viking Side

Renault F1 has uncovered their new vehicle which will challenge in the 2020 Formula 1 season. Both Daniel Ricciardo and Esteban Ocon were present during the launch, yet the vehicle itself was not seen there.

An explanation regarding why the R.S.20 is truly present at the group’s launch occasion hasn’t been affirmed. The team will probably reveal the 2020 car in its physical self when the pre-season testing begins from 19th Feb.

Renault F1 has added two new recruits to its 2020 Academy line-up. 18-year-old Oscar Piastri and 15-year-old Hadrien David joining the multi-national program of up-and-coming racers with eyes fixed on F1. The Academy members will take part in simulator sessions at Renault’s Enstone headquarters, while also training and developing their skills with the team, as Renault Sport Academy Director Mia Sharizman reiterated the aim was to have a junior driver enter F1 in the future.

Renault F1 is holding the launch occasion at the L’Atelier Renault on the Champs-Elysees in Paris. The team offered glimpses of the vehicle rather than showing the actual vehicle. Above all, Cyril Abiteboul was there in the attendance with Marcin Budkowski, Rémi Taffin, Pat Fry and Alain Prost.

Renault Sport Racing President Jérôme Stoll, who is not there today, spoke ahead of the Season Opener.

“2020 is an important transition year for the team. We aim to recapture the positive momentum from first three years since returning to Formula 1 while preparing for next season, which will represent a new cycle for all teams.”

Team Principal Cyril Abiteboul highlighted the approach to this season.

“This year must see us setting the best possible course for the major regulation changes of 2021. The organizational changes made in the second half of 2019 are with this firmly in mind.”

“We approach this new season with humility and ambition. Humility as the challenge is huge for every team, every coming year and we are not the exceptions.”

“I am looking forward to blending into the team better on the back of having a full season behind us. So things are going to be easier in that sense. I learnt a lot about myself and obviously a lot about the team,” Daniel Ricciardo said.

“It’s all about the details in Formula 1 and I’ve seen quite a lot of details on the Renault R.S. 20. It’s exciting to see the design but the next thing you want is to be behind the wheel and feeling what it’s like” Esteban Ocon who will be driving in F1 after a gap of one year.

The first glimpses of the Renault R.S.20, soon to be driven by the one and only Daniel Ricciardo, and his new exciting team-mate Esteban Ocon!#RSspirit pic.twitter.com/6V38TxVeke

Renault F1 has gone with an all-black livery for 2020 car with a hint of yellow. 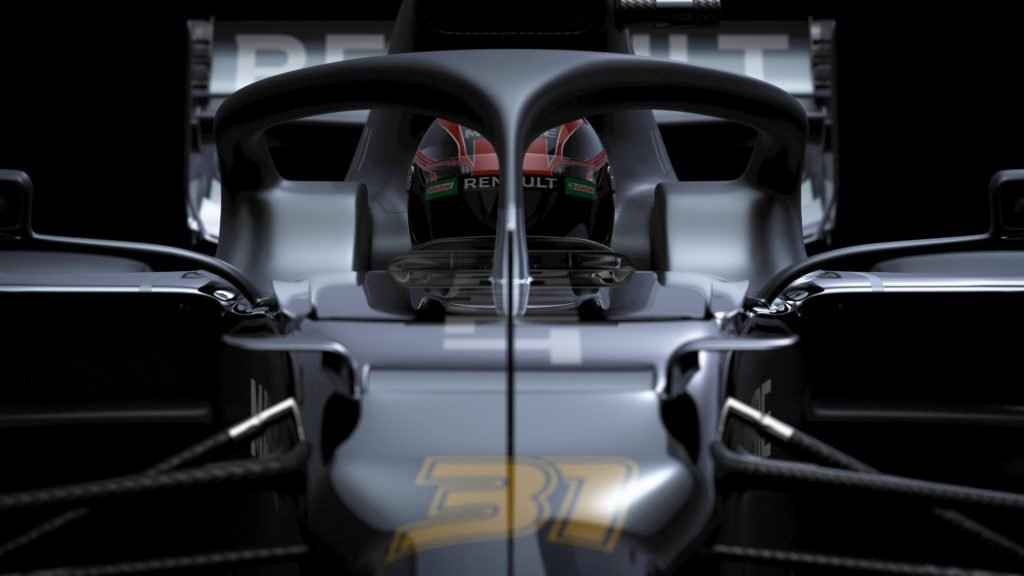 Tormented by unwavering quality issues towards the beginning of the season, and poor aerodynamic performance, the group completed fifth in the Constructors’ Championship, failing to escape the midfield.

Toward the finish of the season, the team declared changes to the aerodynamic branch of their group because of R.S.19’s disappointments. As a result, Chassis Technical Director Nick Chester left the group. Previous Ferrari and McLaren chassis engineer Pat Fry and previous Williams and Ferrari aerodynamicist Dirk de Beer joined the group.

On 29 August 2019, it was announced that former Force India driver and Mercedes reserve driver Esteban Ocon will join Renault in 2020. It is a multiple-year contract, replacing Nico Hülkenberg.

Renault F1 Announces Its Virtual Lineup Ahead of the Race