Former F1 driver Nico Rosberg feels Max Verstappen was the most ‘annoying’ rival he had in his career. The 2016 World Champion reflected on his final races before retiring and recalled his battles with the Dutchman. However, Rosberg also praised Verstappen for his talent and racing skills.

Rosberg picks Max Verstappen as his most annoying rival

While the highlight of the 2016 season was the Hamilton-Rosberg rivalry, it also involved the meteoric rise of Max Verstappen. The Dutchman swapped seats with Daniil Kvyat in early 2016 to begin a new journey with Red Bull. Right off the bat, Verstappen was on the pace and challenging the most seasoned drivers on the grid at the time for podiums and race wins.

The Dutchman showed off some phenomenal racecraft during the final rounds of the 2016 season. While doing so, Verstappen clashed with championship leader Nico Rosberg on multiple occasions. The pair engaged in some exciting wheel to wheel racing at Brazil and Abu Dhabi.

Max Verstappen put on a masterclass at the 2016 Brazilian Grand Prix. The Dutchman excelled in the treacherous wet conditions on the track and was passing cars like they were non-existent. However, the highlight of the race was Verstappen’s mind-boggling pass on Rosberg on the outside. The Dutchman had the presence of mind and courage to take a different racing line and pass Rosberg, who was in the middle of a heated championship battle. 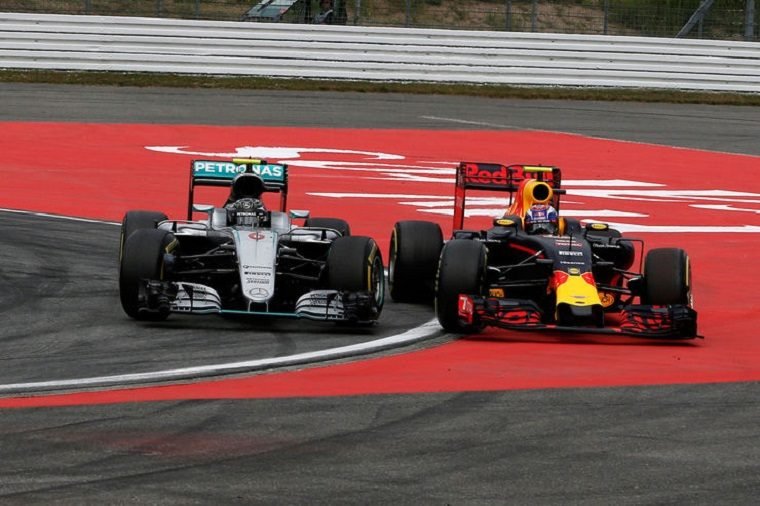 But the mini-rivalry didn’t stop there. At the next race in Abu Dhabi, Rosberg had the herculean task of passing Verstappen to win his maiden championship. Everything was on the line for Rosberg and he delivered under pressure. The German executed a stunning overtake on Verstappen in a heart-stopping moment. Recently, Nico admitted that the move made him very nervous.

“I’m a huge fan of his, he’s an amazing driver and so good for F1, so much fun to watch,

“But my god, having him around in the races! The risk of a DNF for myself, it increases like ten-fold.

“On my way to the championship, I had him around me every race in the last four races. He passed me I think in three of those four races, in a tussle.”

Max has come a long way since then and he’s matured as a racing driver.