Sebastian Vettel was already in a spot of trouble when the British Grand Prix weekend rolled in. An intercooler issue halted his progress in FP1, while a recurring brake pedal problem plagued him in FP2 and persisted in Saturday’s FP3 session.

Unfortunately, bad luck wasn’t quite finished with him, not by a long shot. He struggled to find good pace in qualifying and is set to start from 10th on the grid. This is because his final lap time got deleted for running wide at Copse.

In spite of a slew of issues with the SF1000, Sebastian Vettel insists that the team still has his back. In other words, he firmly believes that Ferrari is giving him and Charles Leclerc equal attention and things will get better.

Sebastian Vettel is baffled about the poor qualifying

Speaking about his lackluster qualifying, Vettel confessed that he had no idea where he went wrong. However, he suspected that his inability to find a rhythm contributed to his misfortune because rhythm is quintessential at Silverstone. 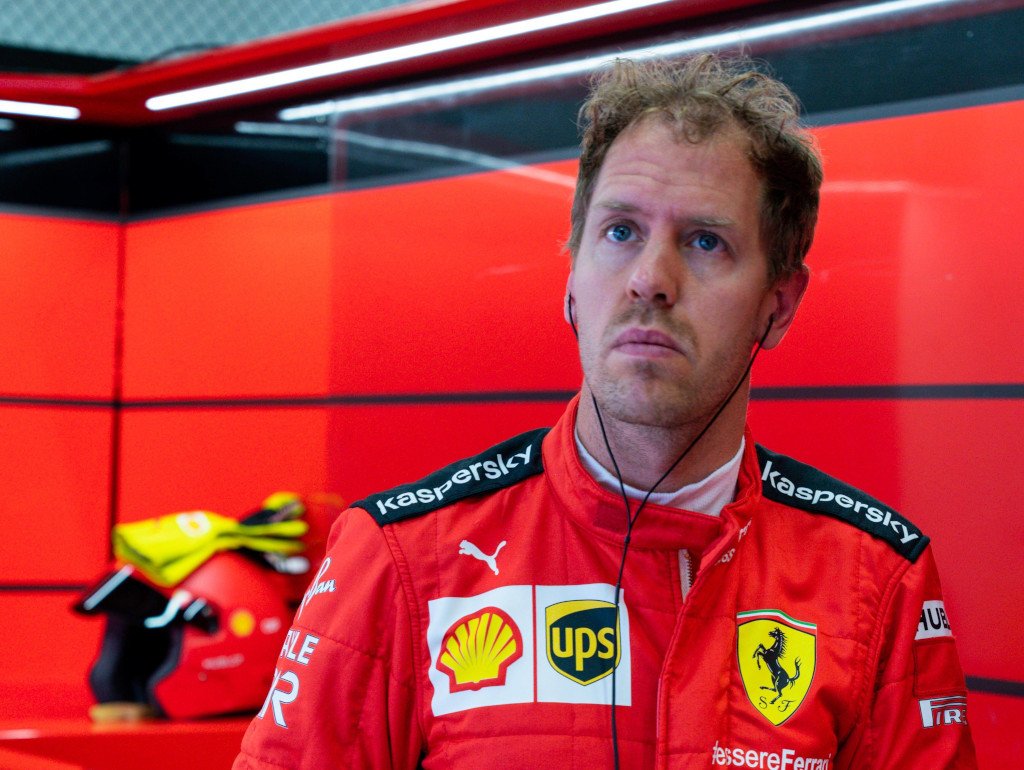 He acknowledged that he was on the back foot due to the lack of running on Friday, as a result of the numerous issues. However, Sebastian Vettel insisted that the car behaved well enough for him.

Speaking to Sky Sports, he admitted that he is not on the ideal tire, so he is bracing for a tough race. “[It’s] not ideal,” said Vettel, as quoted by Motorsport.com.

“I mean, not an easy year so far. Obviously now the races come very quick. So that can be a pain but can also be a blessing.

“I’m determined to hang in there. I think the guys are pushing as much as they can. I don’t think there’s any bad intentions by anyone.

“So we obviously had some issues yesterday and this morning, but we have to, I guess, at this stage pull through and we’ll come out on the other side.”