F1 Throwback: When Christian Horner Explained the ‘Multi 21’ F1 Incident to the Queen

Just over 7 years ago, the world watched in stunned silence as Sebastian Vettel crossed the line to win the 2013 Malaysian Grand Prix. Vettel winning a race wasn’t uncommon at the time but it was the events leading up to the finish that shocked F1 fans.

Fans never forget the infamous ‘Multi 21’ incident but there’s another side to this story that’s seldom discussed.

Whenever the topic of discussion involves team orders in F1, ‘Multi 21’ is almost always used as a reference. Team orders aren’t anything new to F1 but the fact that one particular driver didn’t obey the same is why the incident is never forgotten in F1.  Time for a small trip down memory lane.

At the 2013 Malaysian Grand Prix, Sebastian Vettel started on pole and sped away comfortably into the distance. However, the German ended up behind teammate Mark Webber after the first round of stops. Red Bull had a comfortable 1-2 and ordered its drivers to hold position but Vettel had other plans. Seb went against team orders, challenging Webber for the lead and eventually winning the race. 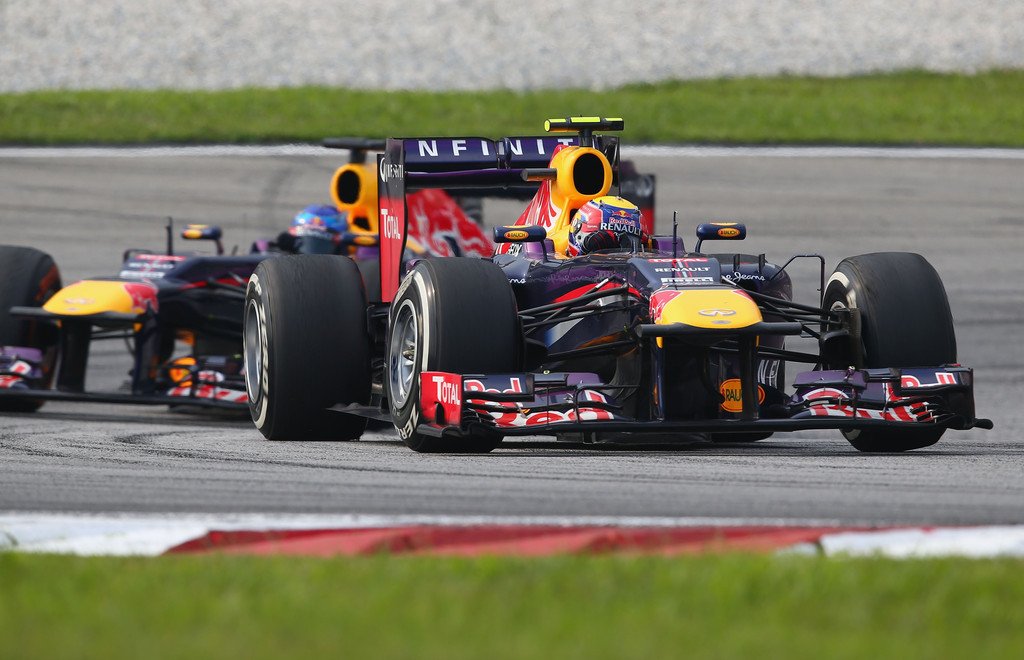 Some F1 fans despise Vettel’s actions to this day but there’s another side to Multi 21 that not many know about. Speaking to F1’s Beyond the Grid podcast, Red Bull team principal Christian Horner opened up on the incident. As it turns out, ‘Multi 21’ was payback for Webber’s actions at the Brazilian Grand Prix in 2012.

Why Sebastian Vettel took matters into his own hands

Vettel was on the cusp of clinching a third World Championship and needed an incident-free race. Webber wasn’t in the fight but that didn’t stop him from getting a bit too racy with the German. The Australian squeezed Vettel at the race start. Webber’s ambitious start compromised Sebastian and the German had to claw his way back up the field to take the title.

“We discussed it before the race, Mark wasn’t in the championship, it was do everything possible to support your teammate”

“There was a hangover of that that lead him to Malaysia, literally 2 races later,” said Horner.

When asked if Seb’s actions were payback, Horner replied affirmatively.

From a fan’s perspective, team orders seem unnecessary but from a strategic point of view they are a must at times.