Major Blow for US Open 2020 as World No.1 Pulls Out Due to Travel Concerns

It is fairly obvious that Scuderia Ferrari are on thin ice, having gotten off to their worst start this season. However, on the other end of the scale, Racing Point is enjoying itself in the battles for the front.

While Mercedes and Red Bull are ruling the roost and the podium wars, Racing Point are inching closer with each passing race.

Recently, former F1 driver David Coulthard featured on the ‘In the Fastlane podcast‘ about the two teams. While he is confident that Ferrari can win a race this season, it is far more likely to happen when races are unusual and unpredictable.

On the other hand, the Scot believes that Racing Point has a far better chance of a victory than Ferrari.

“I believe Racing Point is more likely to win a race this year than Ferrari. I’m sure you’re going to have one of those weird races in which the weather plays a role, the Mercedes collide and Red Bull has a problem.

“I think Racing Point will follow, for Ferrari. I think they [Ferrari] will have a hard time winning this year.” 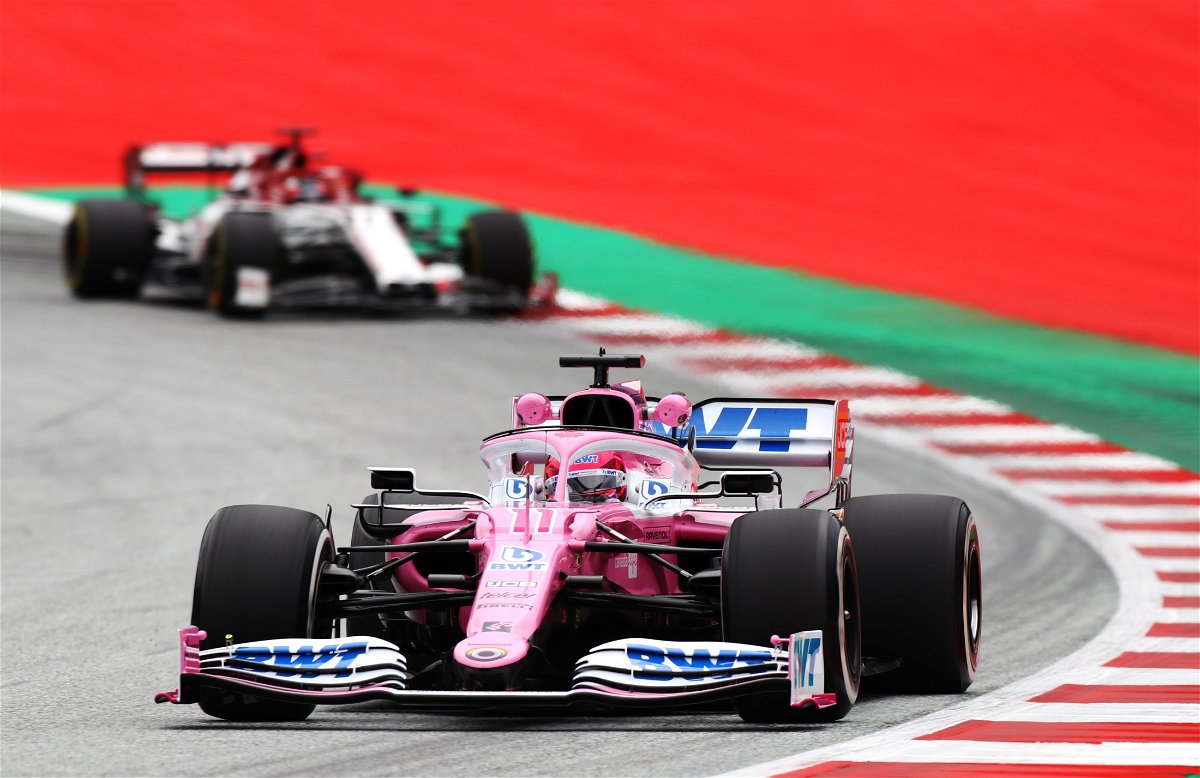 When will Ferrari be back on the top step?

Luckily, it is not all doom and gloom for the Italian behemoths. According to the ex McLaren and Red Bull driver, the Maranello team could make up for their disappointment in 2021.

Owing to their desire to start afresh and address the issues with their new car. “I expect that they will make improvements soon because they know that the car is bad. There are restrictions, but that doesn’t limit them in tackling aerodynamics.”

With three races done and dusted, Ferrari has practically chalked this up as a failed season. Mercedes is well on its way to another Championship, while Red Bull Racing is still too far behind.

From a driver’s perspective, the Championship battle is mainly between Lewis Hamilton and Valtteri Bottas.

However, David Coulthard thinks that another team could spring a surprise. While he hasn’t explicitly named them, many get the impression that Racing Point could be the 2020 F1 season’s dark horses.

ALSO READ- “When We Set the Pole, It Will Be a Record”- Ferrari F1 Boss Mattia Binotto Confident of Record Lap Times at Mugello

“Michael Would Manipulate His Way Through”: Nico Rosberg Opens up on Fears of Pairing With Michael Schumacher

” You’re an A**Hole!”- When Kimi Raikkonen Went Completely Crazy At a Party