Mercedes’ Toto Wolff offered some insight into the reason behind Valtteri Bottas’ confusion over overtaking Lewis Hamilton at the Belgian Grand Prix.

Mercedes stopped the Finn from using a special overtaking mode on Hamilton during yesterday’s race. The order caught Bottas by surprise, who revealed that the team hadn’t discussed the same before the start.

After the race, Wolff disclosed that Mercedes saved their ‘overtake’ mode to defend against their rivals. The Brackley-based outfit were wary of a potential threat from Red Bull and Max Verstappen. As a result, Mercedes didn’t want to use their special boost against their own cars during the Belgian Grand Prix.

“There’s no rules in place between the two drivers, they are allowed and free to race,” said Wolff. “In the morning, we agreed and discussed that we obviously have a limited amount of overtakes, and that we would try not to use them against each other, or the last one against each other.

“There is always the risk of needing it against Max or any other car. This is what we were referring to. [With] Valtteri obviously, this was maybe a miscommunication between him and some of the guys. That’s why we reiterated it.” 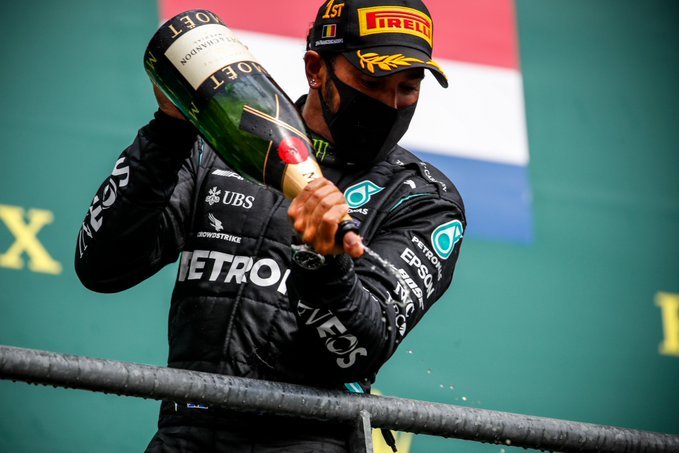 The Finn was no match for Hamilton’s superior race pace, which sealed another victory in his favor. A 1-2 at Spa is a clear indication of Mercedes’ dynastic form.

At last year’s Belgian Grand Prix, the Silver Arrows were no match for Ferrari as they possessed a massive advantage in straight-line speed and performance.

A year on, the German team’s made enormous gains and resolved its weaknesses from 2019. Ferrari, on the other hand, is in a world of pain.

However, the upcoming engine mode ban during qualifying will surely annoy, if not completely stop Mercedes’ supreme form on Saturdays.

For the uninitiated, the FIA is enforcing a ban that stops teams from turning up their engines, resulting in a big gap between teams. This is unlikely to change the race outcome dramatically but will be interesting to watch out for.

F1 returns this weekend with the Italian GP.