“When I Chase the Knockout It Doesn’t Work”- Francis Ngannou

Tentatively speaking, the 2020 F1 season is finally set to begin. The Austrian Grand Prix may potentially kick things off, with the British Grand Prix following closely. However, both races may take place behind closed doors to minimise the risk of COVID-19 infection. However, the Silverstone track marshals are not convinced about safety standard of organising the race at a time like this.

With several races dropping off the calendar, F1 is desperate to salvage whatever is left of the season. As per the rumours, Austria will host the first two races, with two races in Great Britain following. As part of strict measures, all teams and the FIA staff will be carefully monitored to ensure that the coronavirus cannot use the Grands Prix to wreak havoc.

Despite the fact that the races will probably be held without an audience, the track marshals have to be there. Carolyn Doyle, who has worked twice as a marshal at the British GP, told The Guardian: “We are like one big family. We are there because we love it and we want to achieve the same thing – that’s what makes it really special.”

Her fiancé, Keith Bond, has been working as a marshal for fifteen years. They were both selected to be marshals at the British GP in 2020. So they’re a bit used to it, but say they only want to come back to the track when it’s really safe. 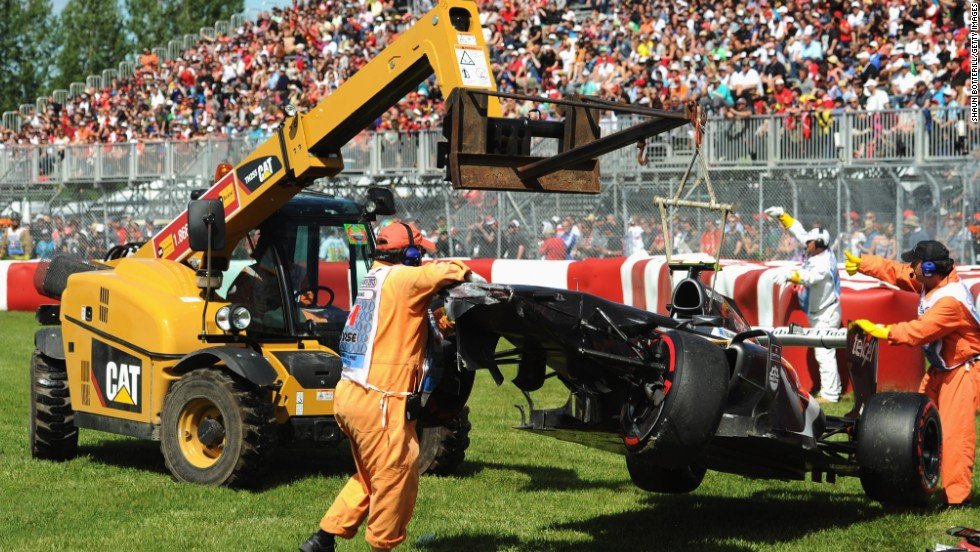 How do marshals tackle an F1 season

“We did a couple of rallies before lockdown but then decided we wouldn’t attend race meetings. We just thought it wasn’t the responsible thing to do”, says Doyle.

A Grand Prix requires about 350 to 400 marshals. On the post it is possible to do social distancing. However,  when a driver crashes, marshals have to help the driver get out of his car. So, they have to come into contact with each other.

“I would feel very uncomfortable if there was an incident and a driver was taken to a hospital”, says Doyle. “Even a driver with a minor injury that requires medical attention is an unnecessary burden on the health system at the moment.”