WATCH: Lewis Hamilton’s Emotional Response to His Loyal F1 Fans for Powering Him Through Ill-health

It’s been a difficult year for Lewis Hamilton thus far. The Brit had revealed having health issues after the Hungarian GP that had fans worldwide concerned for his well-being.

After a tough fight from the bottom, Hamilton struggled to stand on the stage. In the light of this news, fans across the world sent their love and support to their favorite driver. The champion responded to the video with an emotional message on Instagram.

Hamilton wrote, ” I see you. I am so touched. Thank you from the bottom of my heart for this wonderful message. Your light and love is felt and appreciated.” The video compiled together encouraging messages for Hamilton, praising him for an inspiring drive at Budapest. 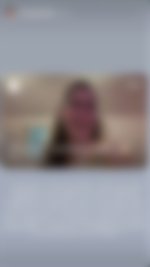 In response to the video, Hamilton also added, “Today you have reminded me that we’re not alone and that we’re connected more than ever. I truly am so grateful to you all.”

Hamilton reciprocated the love, saying,  “Thank you for sticking with me through everything. I love you. I’m sending you all a big hug and positive energy.”

The infamous collision with Verstappen at the British GP split F1 fans into two. Fans flooded the internet with opinions that faulted Hamilton and others that blamed Max. Additionally, Hamilton’s victory only rubbed salt on the wounded Verstappen fans.

The build-up to the Hungarian GP only added to the drama. Unfortunately, Lewis was booed by the fans at Budapest after securing the pole position on Saturday. To this, Hamilton replied, “If anything, it fuels me.” However, after a well-deserved podium finish, the booing continued. Hamilton, struggling to stand after a demanding race and had nothing to say.

Although, his teammate Valtteri Bottas shared a few words. “I don’t understand it. I would like the people to question themselves and the behavior, which I don’t think is fair.”

It's been so good to have you back trackside at some of the races 🙌 But whether you are supporting us from the grandstand or the sofa, it means a lot to us 🙏

Here's to many more memories to come this season ❤️ pic.twitter.com/LcpjbNgilC

In times when Hamilton’s support is dwindling, he received a necessary boost of positivity from his fans. Nevertheless, booing shouldn’t be condoned by F1 fans. It’s good to remind the drivers that their efforts are noticed and appreciated.

Shreya Sanjeev is an F1 author at EssentiallySports. Having attained a journalism degree from St Xavier's College, she finds comfort in the sound of her keyboard while typing and excitement in the sound of F1 cars speeding on a track. A street circuit and Daniel Ricciardo fan through and through, Shreya claims the 2018 Monaco GP to be one of her favorite races of all time.
ARTICLES BY AUTHOR