Red Bull driver Alex Albon revealed that he wouldn’t change his approach to racing Lewis Hamilton in the future. Despite the pair’s recent coming together in yet another incident at last week’s race, Albon won’t race Hamilton differently.

The Thai driver also disclosed that he didn’t speak to the reigning World Champion following their clash.

For the second time in 3 races, Lewis Hamilton and Alex Albon collided with the latter losing out on yet another podium and a potential race win.

For those unaware, at the Austrian Grand Prix, Albon gambled on a bold strategy call by Red Bull during the closing stages of the race.

The Thai driver stopped for soft tires during the safety car period and had a considerable advantage in tire life compared to the drivers ahead.

Following the race restart, Albon swiftly moved up to the back of Hamilton’s Mercedes before the pair ran into each other at the exit of turn 4. 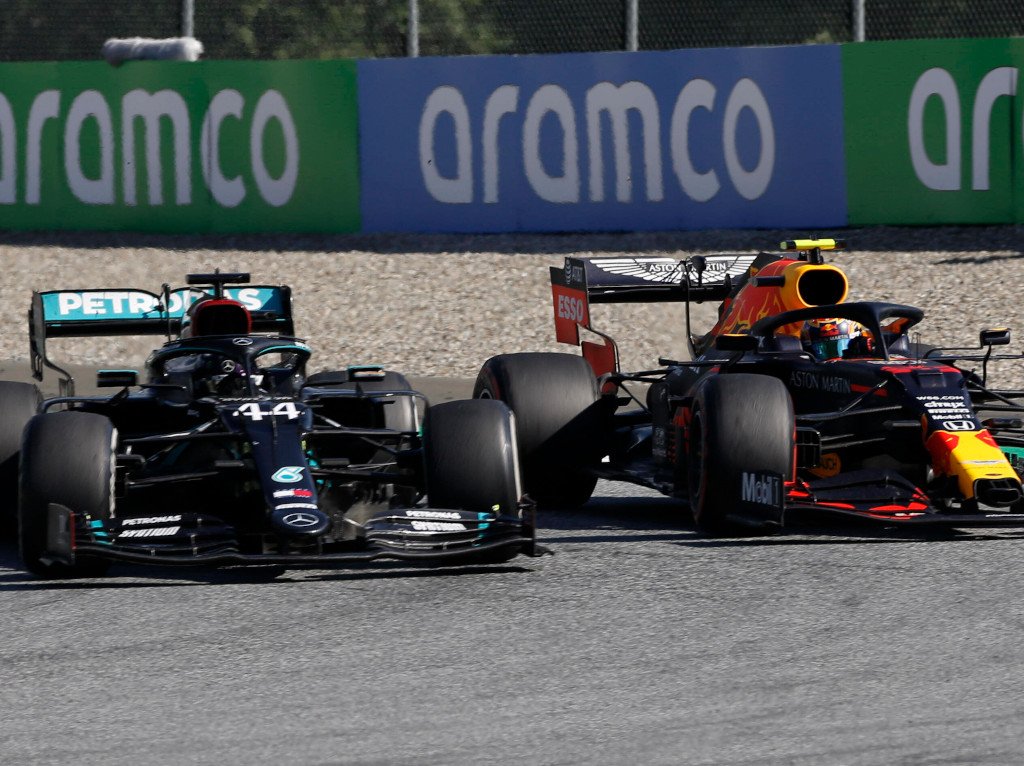 Some believe Albon should’ve been a bit more patient, while others blame Hamilton for the crash. Lewis termed the collision a “racing incident” following the Grand Prix, while Albon didn’t see things the same way.

In yesterday’s pre-race press conference, Albon revealed that he wouldn’t change his driving style while battling Hamilton on track.

“No, not at all. I think it’s just bad circumstances that we’ve come together twice. But that’s about it,” said Albon, as quoted by F1.com.

“I do think we had a chance [to win]. The guys did an amazing job to find the opportunity to put us on the soft tyres and when we came out [of the pits], obviously the two Mercs were on cold tyres after a double Safety Car period.

“We didn’t speak afterwards. To be honest, there wasn’t too much really to say, I think, it is what it is. I’m sure Lewis didn’t intend to make contact.”

Red Bull endured a miserable race at the Austrian Grand Prix. With Verstappen retiring early on in the race and Albon following suit after his on-track clash with Hamilton.

The Milton-Keynes outfit will be seeking redemption at this week’s Styrian Grand Prix.