The George Floyd incident is the latest in a variety of racist incidents hitting the United States. This latest crime appears to be the last straw, and many have spoken out against such brutality. Mercedes driver Lewis Hamilton, was the most vociferous in his response. However, McLaren youngster Lando Norris offered an explanation behind everyone’s reluctance to speak up.

He even went as far as to call out the F1 community for staying silent. Almost instantaneously, several drivers took to social media to talk about the crime. Interestingly, Norris stated that ‘privileged’ Formula 1 drivers know that they do are not spokespersons. Instead, they want to take a respectful and sincere stance in the fight against racism.

Floyd’s death has revived the Black Lives Matter movement in full force. Especially since the perpetrator was a white police officer. Apparently, Hamilton called out the F1 fraternity for its silence and revealed that he felt alone in the fight against racial injustice. 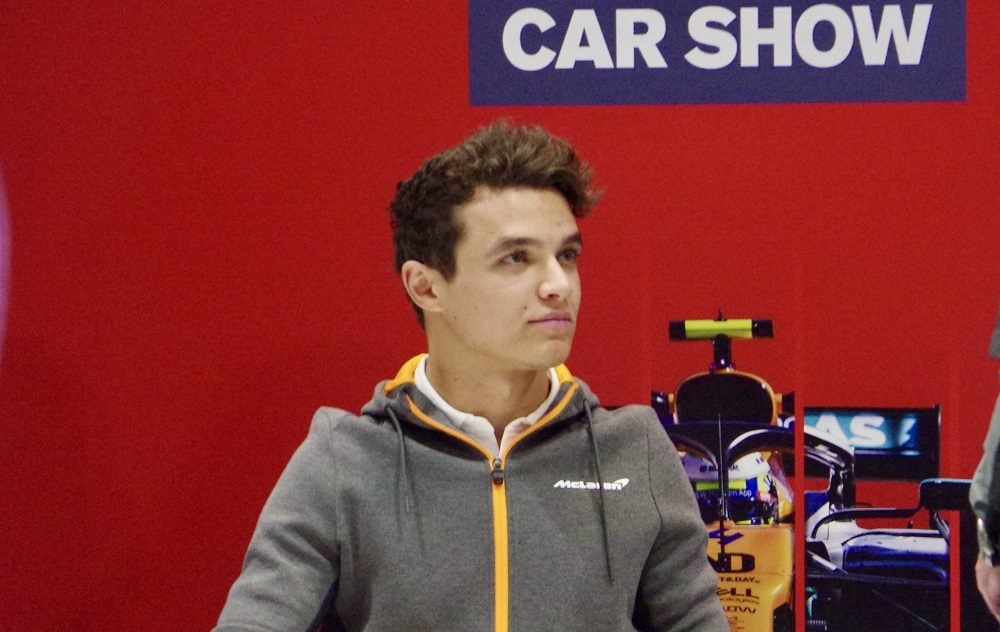 The 20-year old was one of the many drivers to open up publicly on the tragic situation. His statement came after Hamilton’s announcement, but he leaped into action much earlier when he beseeched his followers to sign petitions on the matter.

Speaking to The Race in an interview, Norris confessed that he did not know how to talk about the issue. He was afraid that he would sound insincere, and suggested that his contemporaries probably entertained similar thoughts.

“I’m lucky and I’m privileged,” the McLaren driver said. “I grew up in a world where everything has been great.”

“I’ve been very lucky because of that, my dad and my family worked hard to put my family in that situation and I think a lot of us that have gone racing have been lucky.”

The young Briton insisted that he needed to ensure that his message could not be misconstrued. He continued, “We just didn’t want to get portrayed by trying to be someone we’re not, and say something that we didn’t believe would be looked on it in the right way from everyone on the outside.”

“So we just took our time, initially, to make sure I was saying the right thing.”