Earlier, McLaren conducted a few pre-season tests at the Silverstone circuit. However, both Lando Norris and Carlos Sainz drove F3 cars, courtesy of Carlin. This is likely because teams have to run in older-spec cars, but McLaren only has the Honda-powered cars at its disposal.

Meanwhile, the Red Bull F1 team is on the same boat, since their older cars had Renault engines instead of Honda. However, Sky F1’s Ted Kravitz believes that McLaren could end up suffering far worse than the Austrian team.

In a perfect world, Formula 1 teams have two options on the table to conduct test sessions. Firstly, they are allowed to test minimum two-year old cars. Secondly, teams can exploit one of their two available test days to clock in 100 kilometres for a film day.

Right off the bat, Red Bull pounced on the filming day option to get Max Verstappen and Alexander Albon up to speed. Sadly, McLaren does not have that luxury and cannot test with an old car owing to the Honda engine’s presence. To make matters worse, chances are that Renault may not be willing to give them a 2020 engine for testing purposes. 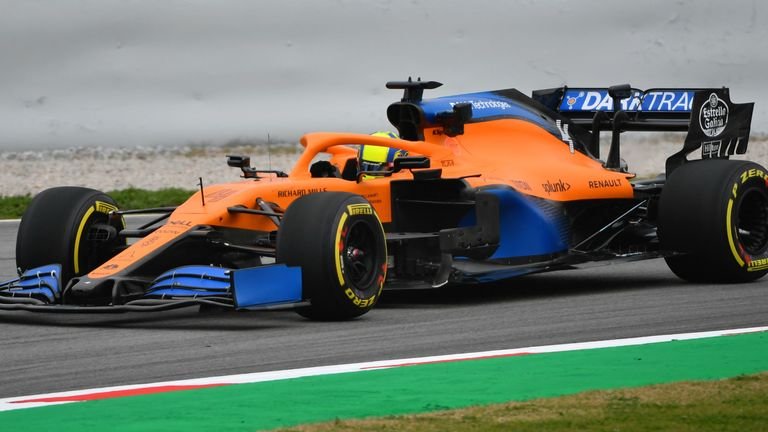 Trouble in the waters for McLaren and Renault?

”It is not officially confirmed by McLaren. But from the Vodcast with Andreas Seidl it became clear that Renault is not yet able or willing to supply them with engines. That’s why McLaren couldn’t schedule a movie day and had to do it with a test at Carlin. Where Renault appeared on the Red Bull Ring with the 2018 car”, Ted Kravitz told his Sky Sports vlog.

If it is a case of Renault’s unwillingness to give engines, chances are that their relationship is on the rocks. Also bear in mind that McLaren will switch to Mercedes engines when the 2020 season concludes. As a further slap to Renault’s face, the team roped in star driver Daniel Ricciardo. The Australian driver is set to replace the departing Carlos Sainz.

WATCH : Carlos Sainz Crashes Out of the Russian Grand Prix With a Costly Error

Fernando Alonso’s F1 Return Not Motivated by Another World Championship