Mercedes has displayed a real top-class performance over the weekend, yet again. It was painstakingly clear that the team was almost invincible. They finished the race with yet another 1-2 on the podium and are cruising for the constructor’s title.

The 1-2 podium result could have been replicated at the Austrian Grand Prix as well, however, Lewis Hamilton was handed a five-second penalty that forced him down the order.

The flames of their victory were burning brighter than usual at the Styrian GP. Despite finishing second on the podium, Valtteri Bottas had some serious issues during the race. He was seen showing a middle finger during the race.

Valtteri Bottas unhappy with drivers for ignoring the Blue Flag

The viewers noticed a sudden fall of the pace from Valtteri Bottas during the middle segment of the main race. He was on his way to chase Max Verstappen and even pitted late as compared to the drivers on the top tier.

But according to the Finnish driver, the reason for his startling decline was quite elementary. He explained that the backmarker drivers were the reason behind his inability to pick up the pace.

Seemingly, the path was blocked by the Haas, Alpha Tauri, and Alfa Romeo’s car as they battled for P10. The cars were already running a lap behind the podium finishing drivers. It was seen that those cars were shown the blue flag to let trailing Mercedes pass.

In the post-race interview, Bottas stated, “I don’t know if it was shown on TV, but I went through quite a bit of traffic, there were many backmarkers and… it was pretty shocking that sometimes I spent more than a lap with them having blue flags and just not moving away.

“They were racing each other in front of me and not really caring that they had blue flags, so I hope that will be looked into. So I think that’s why I lost quite a bit of momentum at that time.”

Eventually, Valtteri Bottas lost his cool, and when he finally overtook Alfa Romeo’s car, he flipped the driver off. 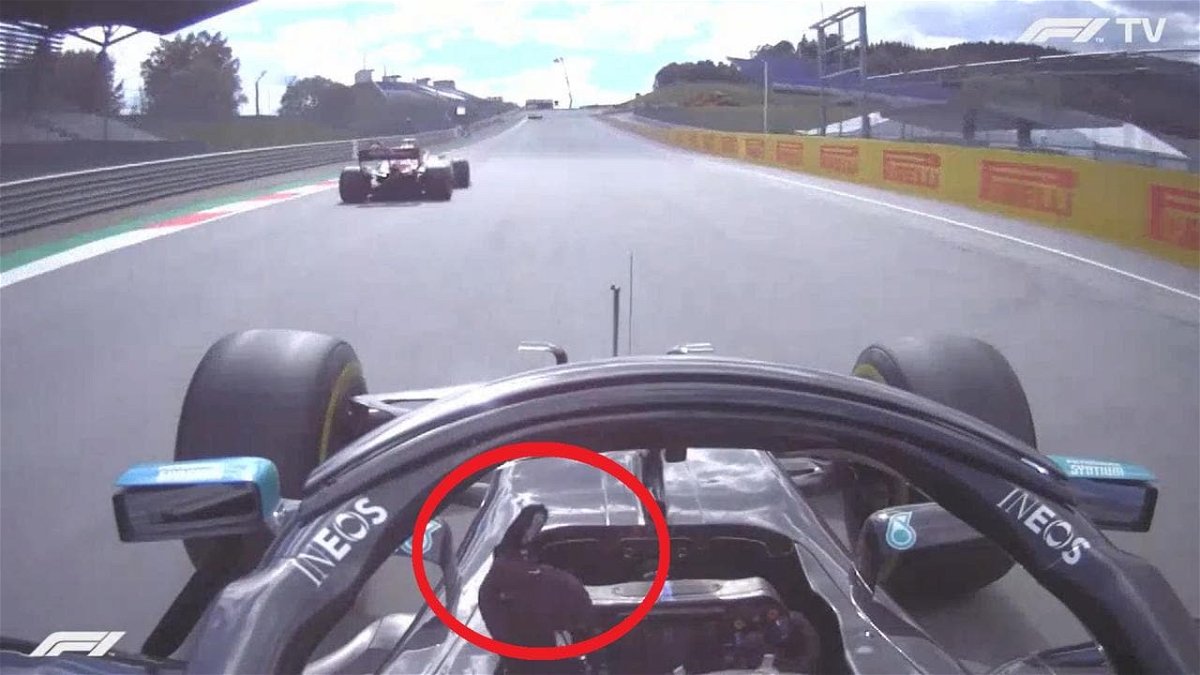 Thankfully, the driver was able to overtake Max Verstappen during the 66th lap of the race. The team strategy went astonishingly well. They decided to let him go for the medium tires after replacing soft during the 46th lap.

Bottas said that finishing P2 from starting at P4 on the grid was realistically the best he could have done.

He further added about his championship battle that, “I think the performance of the car was great [in the race], I know Lewis had a strong weekend. He did a good job [but] based on last weekend, I know what I’m capable of.

“I really feel many improvements in my driving since last year, so that’s why I’m confident it’s going to be a good battle for the championship this year.

“So I’m not going to let one weekend, even multiple weekends, drag me down. I’ve learned that. Just going to focus on the job and improving myself as we go.”

FIA All Set to Shake Up Qualifying in F1 With a Major Change Affecting Mercedes & Others: Reports