Will F1 Return to This Legendary Circuit in USA? Owner Hints at a Possibility

The ongoing pandemic has resulted in several Grand Prix weekends being canceled or postponed, including the Singapore and Australian GPs taken off the calendar. This has sent F1 frantically searching for replacements, and it has also led to speculation about two races in America, just like Austria. Thus, business tycoon and owner of the IMS, Roger Penske hopes to see the cars at the Indianapolis Motor Speedway soon.

As the owner of the speedway, he hopes to host one of motorsport’s most important weekends. Acknowledging the increasing popularity of the sport, he said, “Obviously the public of Formula 1 and that of IndyCar are very different, but every year many fans come from abroad to attend the United States Grand Prix.” 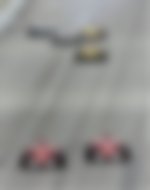 The last time we saw F1 in Indianapolis was in 2007 at what turned out to be quite a disappointing race, where most cars retired because of safety reasons.

This is a thing of the past for Penske.”I hope to be able to rejoin Formula 1 in Indianapolis, which is an FIA-certified circuit. The last time there were tire problems, but it’s been a long time, so never say never.” (Translated via Google Translate)

Looking back at the IMS

The dream of hosting the United States GP at the IMS looked brilliant on paper; a fusion of the home of single-seat racing in the country and the most popular form of auto racing in the world. Its inaugural race was one of the best-attended races in F1.

Unfortunately, it went downhill from there. Rock bottom was the Grand Prix in 2005, where a tire fiasco left only six cars competing in the race.

Formula One then bid adieu to the circuit in 2007.

The circuit has been trying to get itself back on the map and is back to hosting the Indy500. The Brickyard, as it is often called, just wasn’t suited for Formula One. It is an oval circuit with banked corners and was made for the American open-wheel racing, which it’s famous for.

F1 cars are not designed to run in ovals, so the owners used just one corner and built a new circuit on the infield. The site may be one of the world’s greatest racetracks by the F1 circuit was less than interesting.

As of today, there is one official supplier of tires – Pirelli. However, back in 2005, three teams used Bridgestone, and the rest were customers of Michelin.

Two things had a vital role to play in how the race panned out: the FIA also had a rule that teams couldn’t change tires during the race, and the diamond grooves of the track played an important role when it came to tires.

Bridgestone knew about the grooves and sent its teams an optimized set of tires that would work on the track. Michelin didn’t have that data and hence, their tires weren’t completely feasible.

The practice sessions saw various drivers go into the wall, and upon inspection, the problems with the tires surfaced – Michelin miscalculated the physics of a bank turn. After disputes with the FAA and the lack of a chicane, the Bridgestone teams were ready to race, alone.

Penske’s hope to have F1 back in Indianapolis is valid. He is correct in saying that the events of the past can’t be compared to the developments made now. Will his dream come true?

Shreya Sanjeev is an F1 author at EssentiallySports. Having attained a journalism degree from St Xavier's College, she finds comfort in the sound of her keyboard while typing and excitement in the sound of F1 cars speeding on a track. A street circuit and Daniel Ricciardo fan through and through, Shreya claims the 2018 Monaco GP to be one of her favorite races of all time.
ARTICLES BY AUTHOR