It took Ricky Ponting 192 innings to reach this milestone. He achieved it vs Sri Lanka at Dambulla in 2004. Also known as the Punter, the former Australian captain led the side during its ‘golden era’, between 2004 and 2011 in test cricket and 2002 and 2011 in ODIs. Regarded as one of the greatest batsmen of all time, Ponting holds the record of being the only cricketer in test cricket  to be a part of 100 Test match wins. He also led Australian side to victory at the 2003 and 2007 and was also a member of the 1999  winning team. Overall, in 375 matches he scored 13704 runs

The current Indian ODI team skipper, Mahendra Singh Dhoni achieved this feat in 189 matches. He crossed the 7000 run mark vs Pakistan at Chennai in 2012. In all, the Indian skipper has scored 8884 runs in 274 matches. Dhoni holds many captaincy records such as most wins by an Indian captain in Tests and ODIs, and most back-to-back wins by an Indian captain in ODIs. He took over the reigns of the team  in 2007 when Rahul Dravid resigned after the world cup debacle and led the team. Under his captaincy, India won the 2007 ICC World Twenty20,  the 2010 Asia Cup, the 2011 ICC Cricket World Cup and the 2013 ICC Champions Trophy to name a few elite trophies. India also achieved the no 1 position in 2009 under him.

Cricket’s very own hitman finds himself at no 8 on the fastest to 7000 runs list. Chris Gayle achieved this feat against New Zealand at Napier in 2009 taking just 189 innings. Considered as one of the greatest big hitting legends in the limited over format of the game, he is one of only four players to have scored two triple centuries in tests. He likes hitting sixes and in 2012, he became the first player to hit a six off the very first ball of a Test match. In IPL, while playing for RCB, he scored a 30-ball century and scored the highest individual T20 score of 175. Chris Gayle also became the first batsman in World Cup history to score a double century when he reached 200 off 138 balls during the 2015 world cup. He happens to be the only player to score a test triple century, an ODI double century, and a T20I century.
7) Sachin Tendulkar

On no. 7 is the superman from India, Sachin Tendulkar. He crossed the 7000 runs mark vs Sri Lanka at Colombo in 1998 in his 189th innings. The little master is the only player to have scored one hundred international centuries and the first batsman to score a double century in a One Day International. The master blaster also holds the record for most number of runs in both ODI and Test cricket and he is the only player to complete more than 30,000 runs in international cricket. He has been awarded the Bharat Ratna, Padma Bhushan, Padma Vibhushan and also the Arjuna award during his illustrious career.

Arguably the best all-rounder the world has ever seen, Jacques Kallis got to 7000 runs in 188 innings. He achieved it against Sri Lanka at Colombo in 2004. The right-handed batsman and right-arm fast bowler is often regarded as one of the greatest players of the game as he was the only cricketer in the history of the game to score more than 10,000 runs and take 250 wickets in both one-day and Test match cricket. Kallis was compared with Sir Garfield Sobers.  He’s not Brian Lara or Ricky Ponting or any other great batsman of his time in terms of aggression but when required he could read the situation and score the runs at a brisk pace. 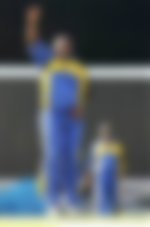 Desmond Haynes took 187 innings to cross the 7000 runs mark and he did it against India at Adelaide in 1991. The West Indian player is one of the few players to score a century on debut when he scored 148 against Australia which also happens to be the highest individual score on debut as well as the fastest century scored by an ODI debutant. He also happens to be one of the only two players in the history of ODI cricket to have scored a century on both debut and the last match played and is currently the director of the West Indies cricket board.

At no 4 is another player from West Indies, Brian Lara. He achieved this feat in 183 innings and scored his 7000th run vs South Africa in 2001 at St. George’s. The genius batsman topped the Test rankings several times and holds several cricketing records, including the record for the highest individual score in first-class cricket, with 501 not out against Durham in 1994. He also got the highest individual score in a Test innings of 400 against England at Antigua in 2004. Till now he is the only batsman to have ever scored a century, a double century, a triple century, a quadruple century and a quintuple century during his career. Lara also scored 28 runs in a single over against South Africa, a record which he shares with Australia’s George Bailey.

The former Indian captain achieved the target of 7000 runs in 174 innings when he crossed the 7000 mark against Kenya at Paarl in 2001. The prince of Kolkata is the eighth highest run-getter in ODI history with 11,363 runs. Dada also happens to be the fastest batsman to reach 9,000 ODI runs. He holds the distinction of being one of the only five cricketers to have achieved the 10,000 runs, 100 wickets & 100 catches in ODI cricket.
2) AB Devilliers

AB got to this landmark vs Australia at Perth and took 166 innings. Mr 360 is regarded as the current best batsman in the world and he is ranked first and second in the ICC ODI and Test batting rankings respectively. He has accumulated many runs in Tests that too at a brisk pace which include 21 centuries and 36 fifties. He also holds the record of playing most no of innings in tests without getting a duck(78). He is a batsman in a hurry as he holds the records for the fastest 50 (16 balls), 100 (31 balls) and 150 (64 balls) in ODIs.

The latest and the fastest entrant to the 7000 runs club is Virat Kohli. He achieved this feat in 161 innings against the Aussies. The Indian team Test skipper and  ODI Vice captain is known to be an aggressive batsman with strong technical skills. The middle order batsman is known for his wide range of shots, ability to pace an innings and batting under pressure. His main strength lies through the mid-wicket and cover region.Kohli often regarded as the next Tendulkar is one of the best limited-overs batsmen in the world, especially while chasing. In ODIs, while batting second he averages more than 61. 14 out of his 23 hundreds have come in run-chases.