FC Barcelona enjoyed a fine outing against Deportivo La Coruña on Saturday evening at the Camp Nou by scoring four goals to grab all three points after the recommencement of La Liga following the international break. Brazilian international Rafinha netted twice and was the star performer along with Neymar in a comfortable win for the Blaugranas. Luis Suarez also got on the score-sheet, while Lionel Messi made a goal-scoring return after three weeks off with a groin injury.

The starting line-ups for both teams. 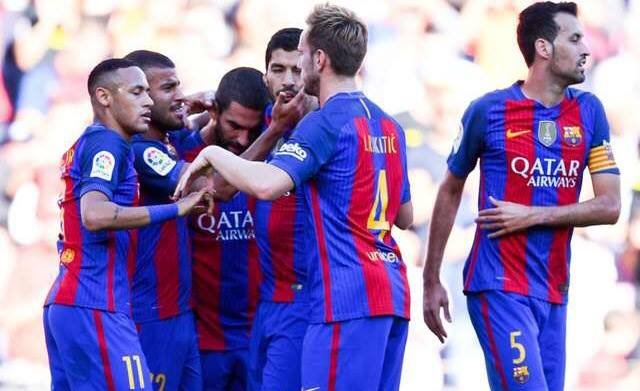 Barcelona’s last La Liga game was a 3-4 loss at the hands of Celta Vigo at Balaidos which meant they started Round 8 of La Liga at fourth place with 13 points, behind Atletico Madrid, Real Madrid and Sevilla. The performances from the Catalan side haven’t been upto the mark in La Liga this season so far, with points dropped against Celta Vigo, Atletico Madrid and CD Alaves.

The first 20 minutes of the game were no different from the previous disappointing performances from the Spanish champions. Barcelona players were losing possession quite easily and weren’t bossing the midfield, as they are expected to do. And impressive pressing, high up the pitch, from the visitors wasn’t helping either. The deadlock was however broken in the 21st minute by Rafinha.

Deportiva defender Sidnei picked up an injury in the 29th minute and was replaced by the 27-year old Alejandro Arribas. Barcelona scored their second goal seven minutes after the switch by the visiting team. The goal came from a set-piece: Pique’s point-blank header was initially saved by Lux but the rebound fell kindly for Rafinha who netted his fourth goal of the season. Deportiva players weren’t amused as Gerard Pique headed the ball from what looked like an offside position.

But the third goal from Luis Suarez in the 43rd minute killed the game and the visitors’ spirit altogether. Suarez’s beautiful dummy leading to the goal was undoubtedly the best thing from the first-half.

The first-half didn’t feature the classic Barcelona by any stretch of the imagination. But even when they aren’t playing well, they still manage to dominate the game and in the end, that is what matters. 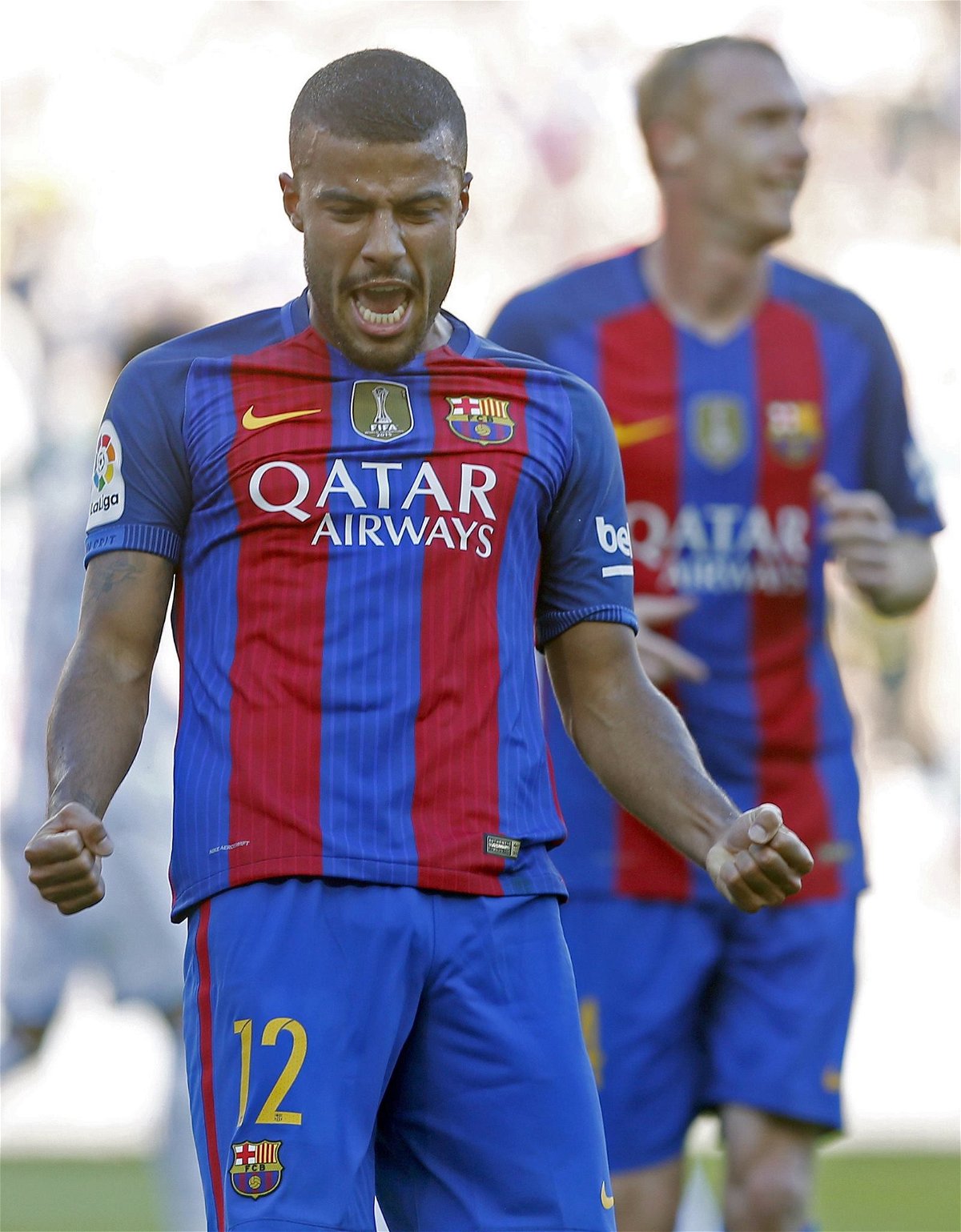 The 23-year old Brazilian international Rafinha made the most of his chance to start in the Barcelona side following the absence of some of the star players. He scored the all-important first goal to lift some of the pressure off of Luis Enrique after an abysmal performance at Balaidos. After wrestling his way through three Deportiva players at the edge of penalty area, Rafinha exchanged a little one-two with Suarez before firing a low driven shot past German Dario Lux.

He quickly got on the score-sheet again after the ball dropped kindly at his feet after a brilliant save from the Deportiva keeper. Rafinha has now four goals already in the season and Barcelona fans will be expecting more from him as the season progresses. 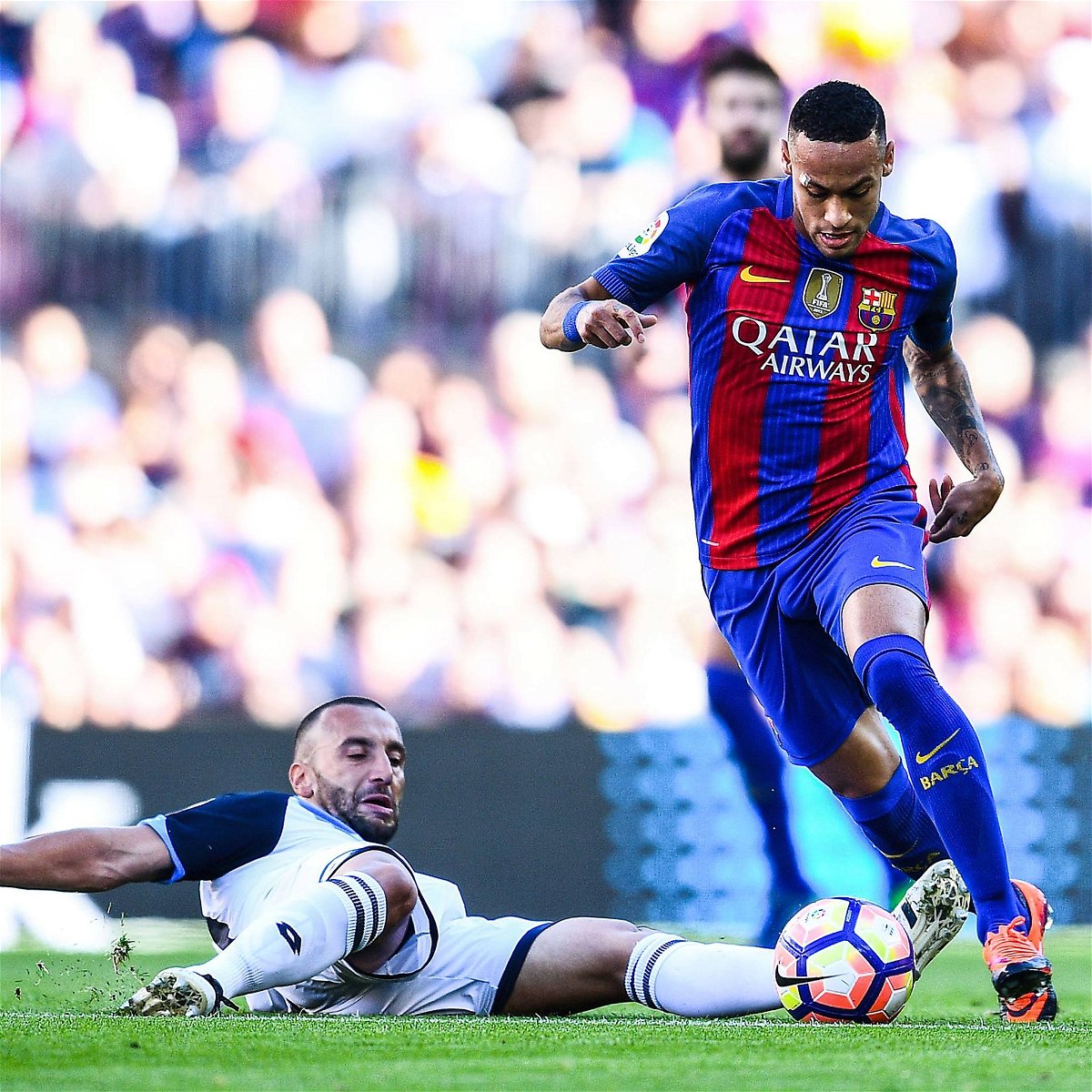 With such impressive stats and a perfect rating of 10, Neymar Jr. was the best player on the pitch today.

Neymar’s shot early in the first few minutes of the game hit the woodwork and Luis Suarez failed to score on the rebound. But the duo of Neymar and Suarez worked brilliantly for Barcelona’s third goal. Although Neymar’s moment of magic came in the 58th minute of the game when he provided an absolutely beautiful through ball to Lionel Messi who made no mistake in putting the ball into the net. Neymar now has 8 assists to his name this season. 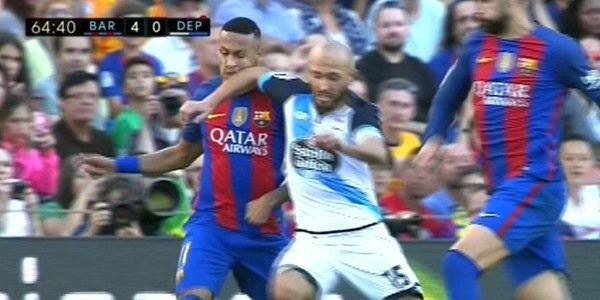 Things went from bad to worse for the visitors when their right-back Laure was sent-off. Laure and Neymar were battling for the ball on the left wing before the Deportiva full back caught Neymar in the face with his elbow, leaving no choice for the referee but to give him his marching orders.

Barcelona didn’t really make the most of the extra man as the game ended at the same scoreline of 4-0. Although to be fair to the Deportiva goalkeeper German Dario Lux, he did made a few wonderful saves at the end of the second half.

5. The return of Lionel Messi 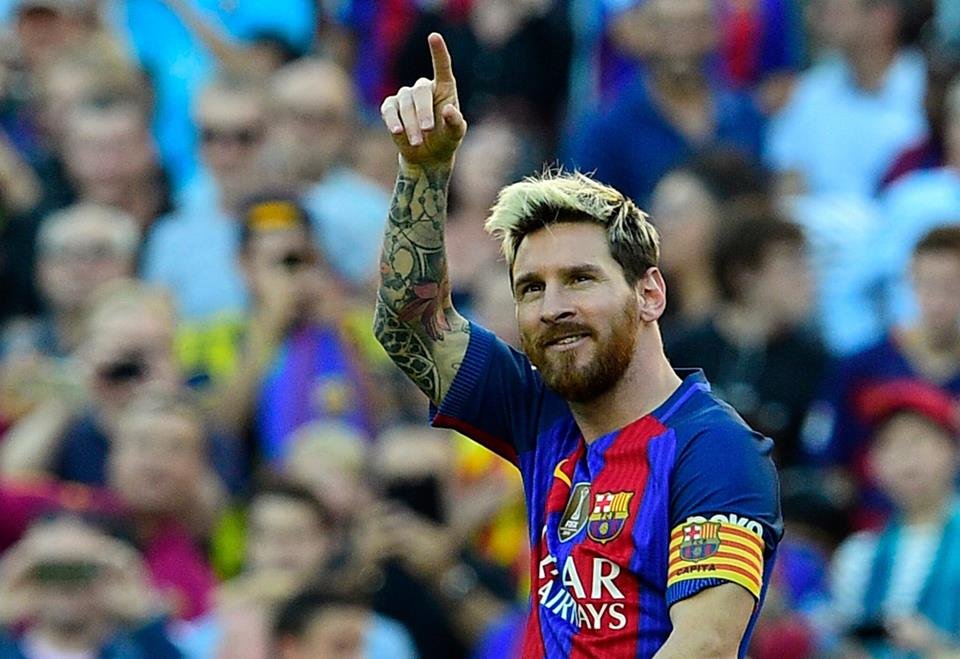 Around 80,000 fans at the Camp Nou were applauding on the return of their superstar Lionel Messi, who missed three weeks of club and international football due to a groin injury, which he picked up while playing against Atletico Madrid on 22nd September. He didn’t disappoint the Barcelona faithful as he netted his fifth goal of the La Liga campaign just two minutes after coming onto the pitch. His shot which lead to the goal was virtually his first touch of the game.

FC Barcelona have a huge Champions League game against Manchester City in midweek and the 4-0 hammering of Deportiva will only help their cause. Barcelona now have 16 points from 8 Liga games and their next game will be against Valencia at Mestalla next Saturday and the fans will be expecting no less than three points.