2-time Formula One world champion Fernando Alonso will make his third attempt at the Indianapolis 500. After much speculation that he would not race with McLaren, that rumour has now been busted. The Arrow McLaren SP Chevrolet team just announced that the Spaniard will represent their team in the Indy 500.

His #66 car will be put through its paces in the Indy 500 open test on April 30. However, he will not be replacing one of the current Arrow McLaren drivers, but will be running as a third entry.

Alonso told the media, “I am a racer and the Indy 500 is the greatest race in the world. I love the incredible fans who make it so special for all of us drivers and make me want to come back.”

“I have maximum respect for this race and everyone who competes in it and all I want to do is race against them and give my best, as always.”

The 38-year old acknowledged that he explored plenty of options but ultimately settled with the McLaren-backed team. He cited his “special relationship’ with the British manufacturer andd affirmed that he is loyal to them.

Furthermore, the Fernando Alonso acknowledged the team’s organizational skill. He claimed that with such an experienced team, they have every chance of being competitive. 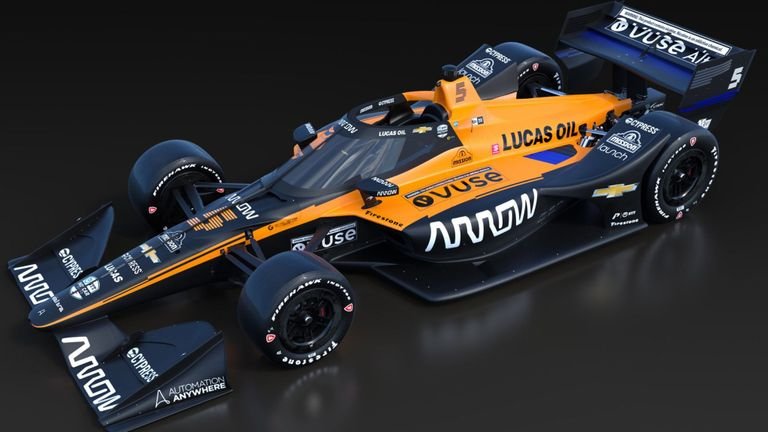 Can Fernando Alonso win the Indy 500 this time?

Team co-owner Sam Schmidt was delighted when Fernando Alonso signed on. He stated that the Spaniard adds a load of experience in the mix, which will benefit Oliver Askew and Patricio O’Ward. With the Chevy power under the hood and the team’s experience, Arrow McLaren SP boasts of one of the strongest line-ups.

Even McLaren CEO Zak Brown stated that the outfit was open to recruiting Fernando Alonso for the 500. He showered plenty of praise on the double world champion and called him one of the greatest racers.

Fernando Alonso has ticked off two items from the Triple Crown list, namely a Monaco Grand Prix win, and the 24 Hours of Le Mans win. The Indianapolis 500 is the only thing that eludes him to this day, so will he be third time lucky?

“He has Much of What You Saw in Michael Schumacher”: Former F1 Boss Remembers the Early Years of Sebastian Vettel