The Coronavirus has wreaked havoc all across the globe. Sporting events have not been spared. Formula 1 too has had to cancel it’s race weekends. May’s Dutch GP is set to be the first race of the curtailed 2020 season. However, it seems unlikely that European Sporting events will go ahead until the spread of the virus is significantly stopped.

This news will devastate petrolheads who thirst for the screech of the engine and the sight of wheel to wheel action. Luckily, such fans have the option of watching tv series and films that can satiate their desire for racing action.

Here are some films and series for Formula 1 fans and petrolheads in general. 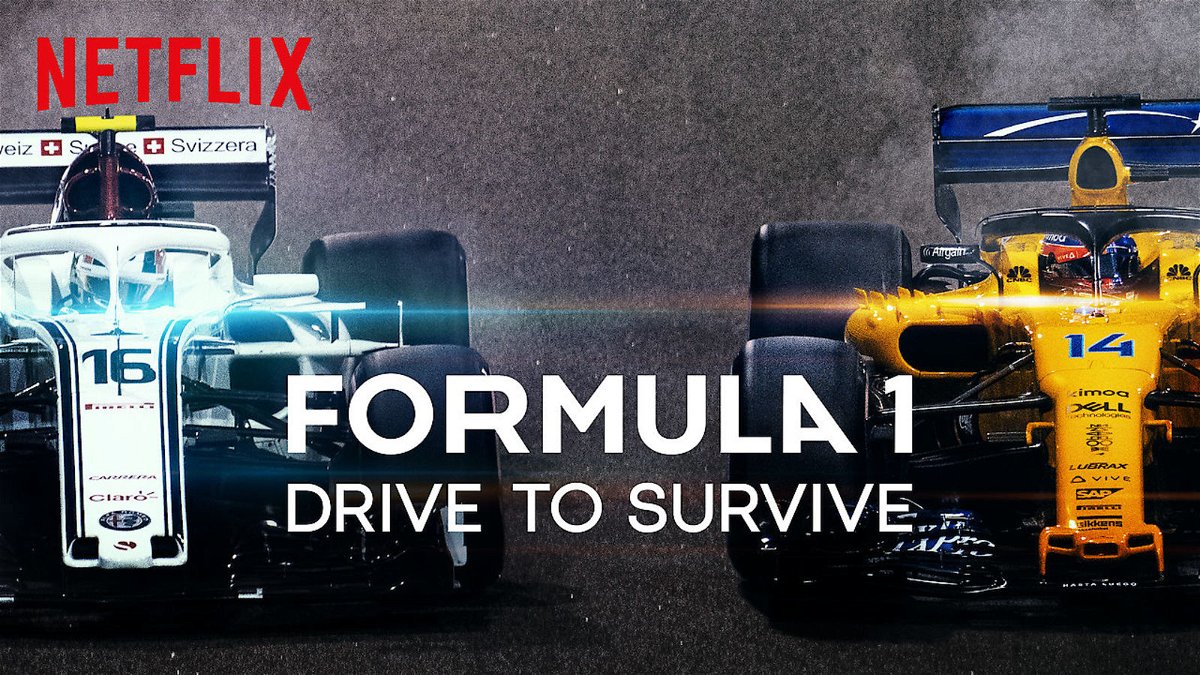 Formula 1: Drive to Survive is Netflix’s offering which will delight Formula 1 fans. The streamer released the second season of its series a few weeks ago. This series takes us into the paddock where we follow the events that unfold there during the race. Viewers will get to see the sagas of their favorite teams play out with a narrative attached to it.

What I love about the first season of the show is that it moves beyond the Ferrari vs Mercedes and gives us a glimpse at the mid-table. We see the wheel to wheel action between the tail-enders. This is stuff we usually miss out on during regular race days as broadcasters choose to show us the victor’s radio conversation with their team. 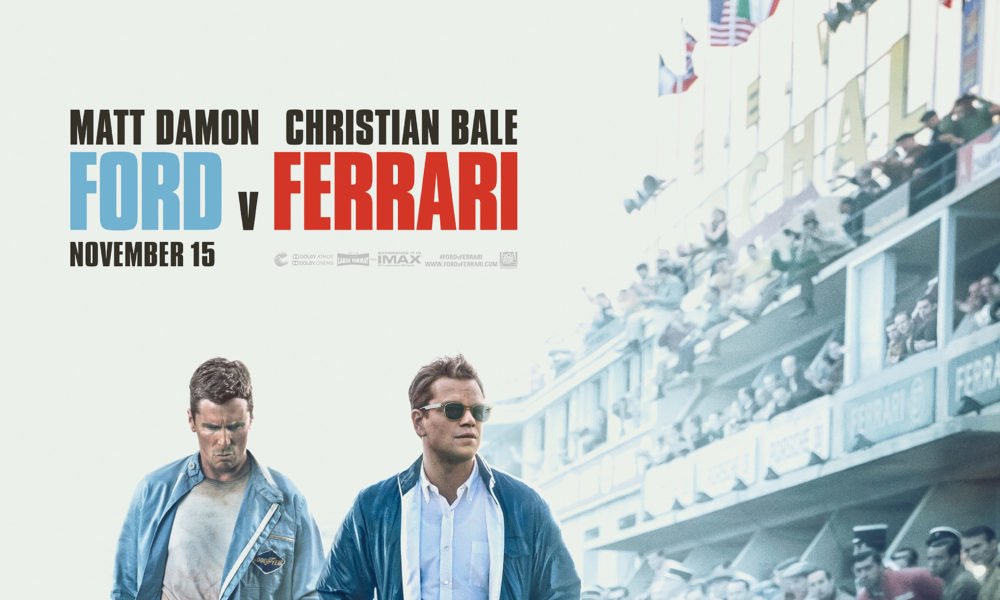 This is a mainstream film featuring A-listers Christian Bale and Matt Damon. ‘Ford v Ferrari‘ is not a Formula 1 film. Instead, it focuses on the iconic 24-hour race at Le Mans.

The film presents the story of Henry Ford who aims to develop a car that can outperform the mighty Ferrari and end their dominance of the Le Mans race. It still makes the list as it provides audiences with astounding sound effects. ‘Ford v Ferrari’ won the Oscar for Best Sound Editing. Such a win only serves to highlight the audio delight one will be treated to when watching this film about a relatively small constructor take on the mighty Ferrari. ‘Ford v Ferrari’ is titled Le Mans ‘66 in some countries. 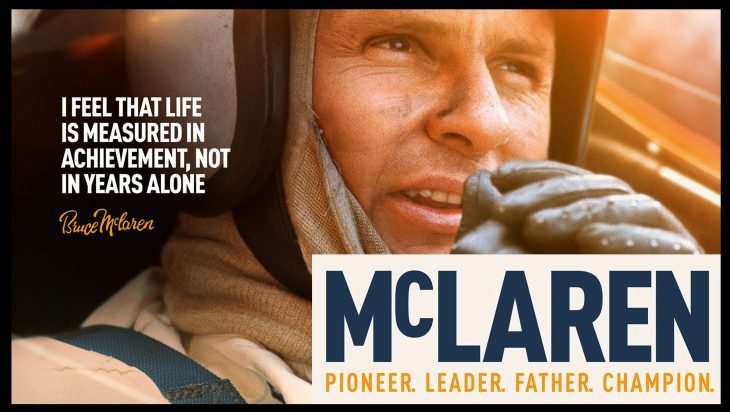 This is a name synonymous with greatness across motorsport. ‘McLaren‘ is a documentary featuring both used and shot footage. It presents to us the story of a New Zealander named Bruce McLaren. McLaren’s story is one of the underdog. He always had to make the best of limited resources and persevered to rise to the upper echelons of all of motorsport. This documentary has all the ingredients to delight motor racing fans. The sound of the engine. Check. Horrific accidents. Check. I’m not a sadist, but the momentary thrill crashes bring are a factor in drawing audiences to race tracks. 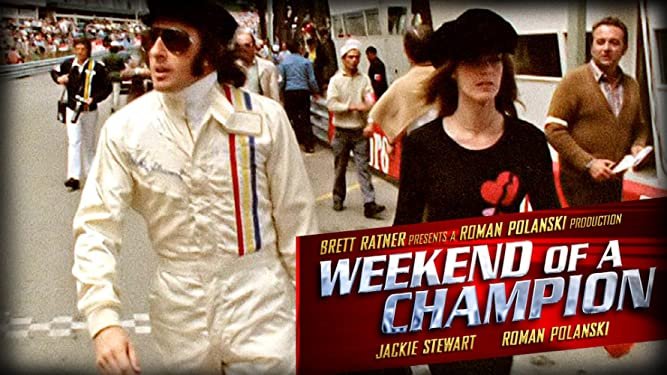 This is yet another documentary on the list. It features the effort of F1 World Champion Jackie Stewart to compete in the Monaco Grand Prix. The documentary is produced by eminent filmmaker Roman Polanski who shadowed his friend throughout the race weekend. Stewart termed it, “Cinema Verité”. This means truthful cinema. He labeled it as such as he felt that the production shows things exactly as they are. What better than a film that takes us on a journey along with a racer. ‘Weekend of a Champion’ was initially released at festivals in 1972 and it’s re-release in 2013 contains additional footage of Stewart and Polanski in the present day. 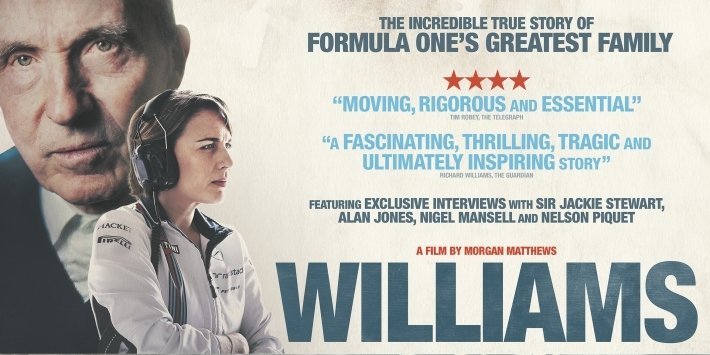 ‘Williams’ is the story of the proprietor of the Williams F1 racing team Sir Frank Williams. This documentary shows us the parallel lines along which the Williams family and the Williams team function. We see the rise of a man who used his love for cars to self-finance a championship-winning racing team. At present, Williams is a name associated with the lower mid-table teams in Formula 1. It may seem surprising to new fans that this team used to compete near the front of the grid at the start of the century. However, the documentary can evoke nostalgia among long time fans as they watch the glory days of one of the old teams in Formula 1. 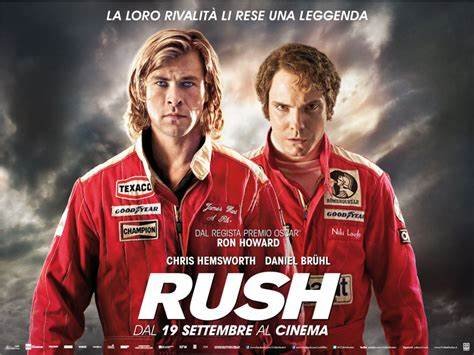 ‘Rush’ is the biographical film focusing on the Hunt vs Lauda rivalry over the 1976 Formula 1 World Championship season. In recent years we have seen Hamilton vs Alonso, Alonso vs Vettel, Hamilton vs Rosberg and Hamilton vs Massa. None of these duels come close to Lauda vs Hunt. ‘Rush‘ takes the audience on a gripping season-long journey where we see what winning the World Title means to every single driver. 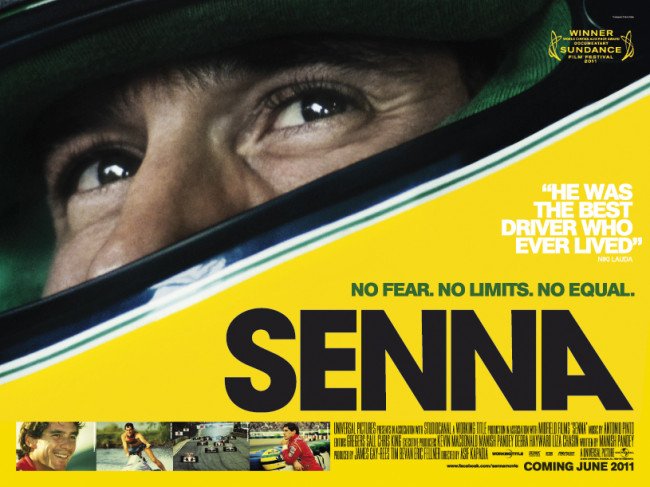 This British production focuses on three-time F1 World Champion Ayrton Senna. This documentary is a combination of archival race footage and videos provided by Senna’s family. Through these we are taken on a journey right from Senna’s arrival into the sport to his untimely death. The documentary shows us Senna’s tumultuous journey to the top of the sport. The 106 minute documentary prominently features Senna’s McLaren years and his battles with Alain Prost. ‘Senna’ features the fatal race weekend that has seen Formula 1 safety standards improve a hundredfold over the last decade.

Also known as 1: Life on the Limit, this documentary takes us through the history of Formula 1 racing. A key focus of this production is the safety standards of Formula 1. With the use of archival footage, we see the races in the 1950s and 60’s. ‘1’ takes us through a plethora of driver fatalities. We see the sacrifices and standoffs that make the sport what it is today. This production balances the need for speed with the need for safety. However, for fans who seek the thrill of flat out racing, the talk of safety can black flag ‘1’ from their watchlist.

Have we missed out on any film? Let us know in the comments section.