In the first match of Champions Trophy, 613 runs were scored in the match and that indicated that this time pitches in England will be batting friendly but Josh Hazlewood proved them wrong. In the second match, Australia and New Zealand were ready to earn their first three points. Batting first New Zealand faced the wrath of Josh Hazlewood who took six wickets and restricted New Zealand to 291 runs only. That match was washed out and both teams got one point.

Imran Tahir – 8.3-0-27-4
In the third match of Champions Trophy, batting first South Africa posted 299 runs on the board which might or might not be enough for them to win against Sri Lanka. Sri Lanka was on 94 for one wicket in just 11 overs but Imran Tahir changed the course of the match with his spell which helped South Africa to win the match by 96 runs. Mitchell Starc – 8.3-2-29-4
Due to rain, Australia’s first match was abandoned and they were desperate to win this match against Bangladesh. Batting first Bangladesh struggled and with the help of Mitchell Starc’s figure Australia restricted Bangladesh on 182 runs. Jake Ball – 8-2-31-2
Batting first against New Zealand, England scored 310 runs and that was a good total for them. Jake Ball bowled beautifully in that match to win the match by 87 runs. When you have to defend a total and you bowl two maiden overs with two wickets, it will be a dream day for any bowler. 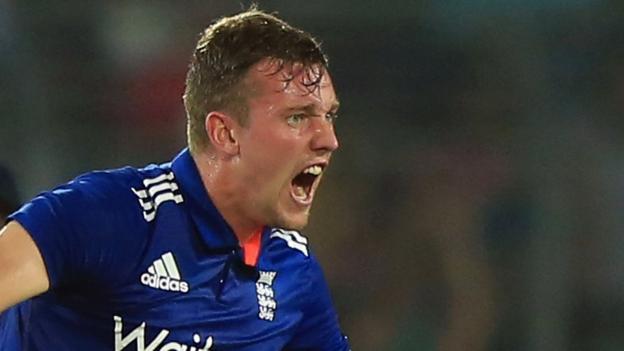 Hasan Ali – 8-1-24-3
This was the virtual Quarter Final between Pakistan and South Africa. Bowling first Pakistani bowlers made the road to semi-finals difficult for South Africa by restricting them on just 219 runs. Hasan Ali took three wickets with one maiden over. Pakistan won by 19 runs (D/L Method) and get their spot in the semi-finals.

Another fine spell by Hasan Ali – 10-0-35-3
The first semi-final of the Champions Trophy was between England and Pakistan. While Pakistan played quality cricket to reach the semi-final, England thrashed the opponents in one-sided matches to reach here. England was the clear favorite to win the match but this spell of Hasan Ali was enough to knock them out of the tournament. England scored just 211 runs and Pakistan won the match by eight wickets. Mark Wood – 10-1-33-4 & Adil Rashid – 10-1-41-4
Australia and England were ready to go head to head and after two washed out games of Australia, this was the ‘Do or Die’ match for them but they failed miserably in this match. With the help of Mark Wood and Adil Rashid England stopped them on 277 runs. England won the match by 40 runs. Bhuvneshwar Kumar – 7.3-0-23-2 & Jasprit Bumrah – 8-0-28-2
India was up against South Africa and the winner of the match was going to semi-finals. When you are up against the batsman like Amla and Ab de Villiers but still managed to have an economy rate below four, consider it a good spell. These two spells were the reason South Africa managed to score only 191 runs and India won the match by 8 wickets. 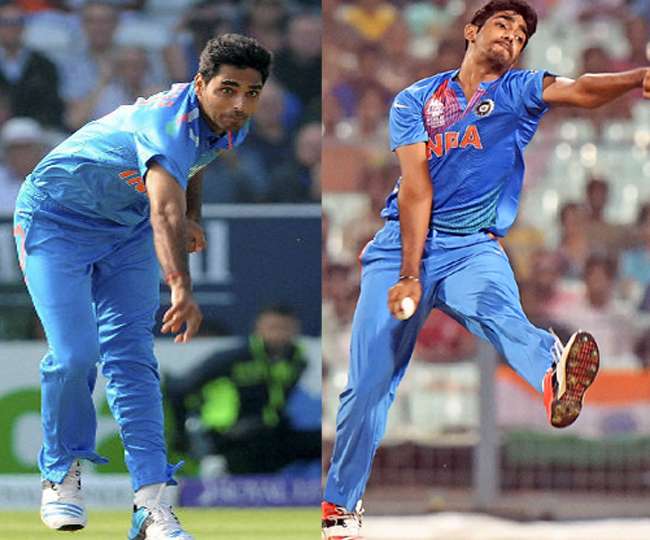 Junaid Khan – 10-3-40-3
This was another virtual Quarter Final where Sri Lanka and Pakistan were facing each other. Pakistan was favorite to win the match but after India-Sri Lanka match, anything was possible. Pitch was bowling friendly and Junaid Khan knew that this is the pitch where he can show his skills. He bowled three maiden overs and took 3 wickets. Later Pakistan won the match by three wickets. Bhuvneshwar Kumar – 10-2-44-1
In the final match between India and Pakistan when Fakhar and Azhar Ali were smashing every Indian bowler, B Kumar was the only bowler who was bowling a quality spell. Jasprit was going for 8+ runs in each over while B Kumar bowled two maiden overs. If we remove B Kumar’s overs, other remaining bowlers were smashed for 294 runs in just 40 overs. It was B Kumar that helped India to restrict them on 338 otherwise we would have seen 400 runs in that match.
Mohammed Amir – 6-2-16-3 When Rohit Sharma and Shikhar Dhawan came to crease for chasing 338 runs in the final match, every Indian was hoping for a good partnership but Amir wasn’t ready to give up. He took the wickets of top three batsmen of the tournament, Dhawan, Rohit, and Kohli. This was enough to win the Champions Trophy for Pakistan.