Jan Blachowicz is not taking lightly to Jon Jones as he plans a move to the Heavyweight Division.

Jan beat Corey Anderson at UFC Fight Night 167 in a rematch. Displaying his immense power, ‘The Prince of Cieszyn’ knocked Anderson out within the first round to emerge victorious. As soon as he won, he pointed towards Jon Jones, who was sitting ringside and watching the fight.

Jones responded to Jan’s call out with shared enthusiasm. However, the recent interest that “Bones” is showing in moving up to Heavyweight is not sitting well with the Polish fighter.

In a recent Tweet, Jan called Jones out for his decision.

First you try to hide in jail, then you want to change a weightclass.
You are really doing everything you can to avoid your destiny but there is no place to hide Jonny.
Here’s Jan 👊#LegendaryPolishPower pic.twitter.com/ey2UjYpJ3W

“First you try to hide in jail, then you want to change a [weight class]. You are really doing everything you can to avoid your destiny but there is no place to hide Jonny. Here’s Jan.” 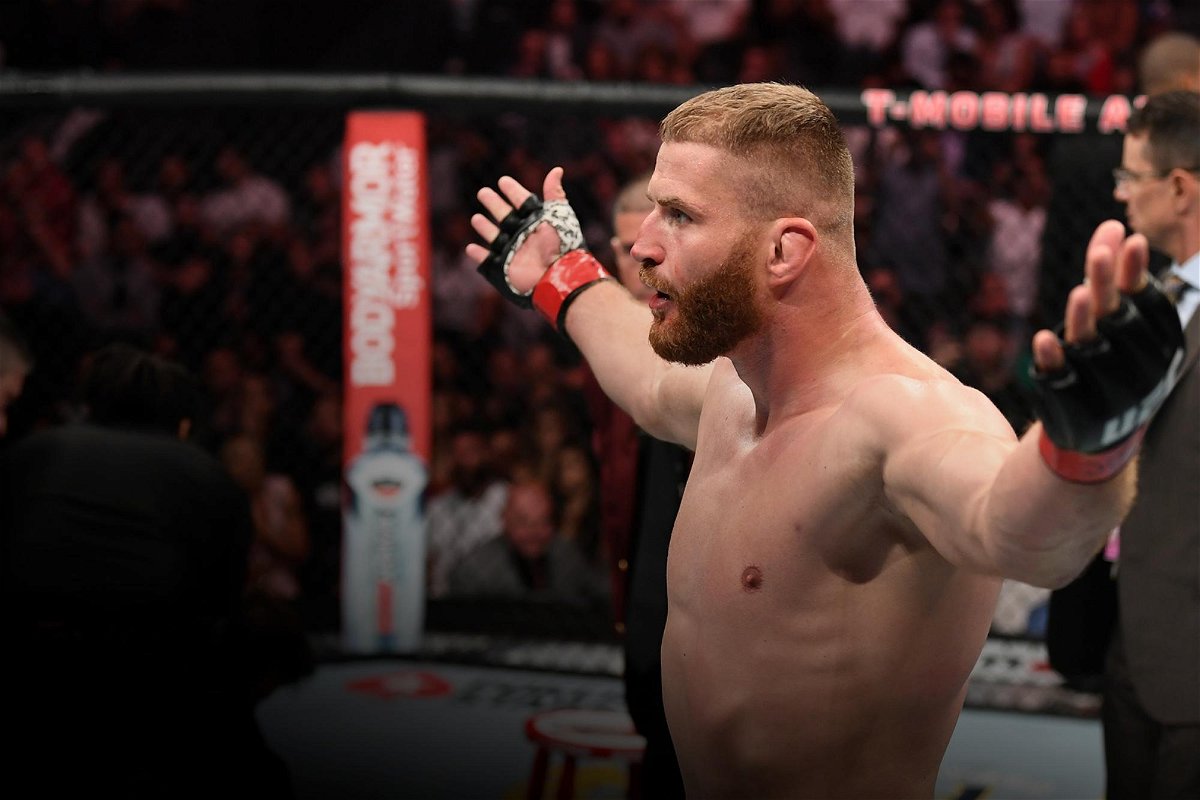 Taking digs at Jones’ recent scuffle with the law, Jan asserted that Jones just might be afraid to face him. Even though Jones has ruled over the Light Heavyweight Division and has anticipated a move up to Heavyweight for quite some time, Jan believes that it is a fight with him that is sending Jones up to the Heavy brawlers.

What are the chances that Jon Jones will next appear in a Heavyweight bout?

Every MMA fan was really excited when the Jones vs. Francis Ngannou saga started on Twitter. Watching Jones take on one of the deadliest hitters in Heavyweight is something that everyone had started anticipating. However, the financial crunch that the coronavirus brings along with it has not spared anyone. Not even the only active sports league n the world.

Thus, we will not be seeing a super fight between Jones and ‘The Predator’ anytime soon. Jones expressed his dismay regarding the UFC’s decision not to go ahead with his fight. He took to Twitter to express the same.

I’ve had some time to think about it and Im a lot less emotional. Just sad that the ufc doesn’t see my value against the scariest HW in the world. Jan I guess you’re next in line #badbusiness #shocked

Well, at least we know now that Jones’ match with Jan is not completely out of the question. Do you think the Polish fighter will be able to put an end to Jones’ reign over the Light Heavyweight Division?