Formula 1 postponed its races in May owing to the Coronavirus pandemic. Later it was announced that the 2020 Monaco GP was canceled. The new first race of the season will be at Baku, Azerbaijan in June.

With almost 2 months of no live races before us, we decided to take a trip down memory lane. Here are some of the pit lane moments in Formula 1 that provided fans with thrills, crashes and broke certain driver’s ambitions.

Note: This list includes Jos Verstappen’s refueling incident in 1994 with an image of the same. 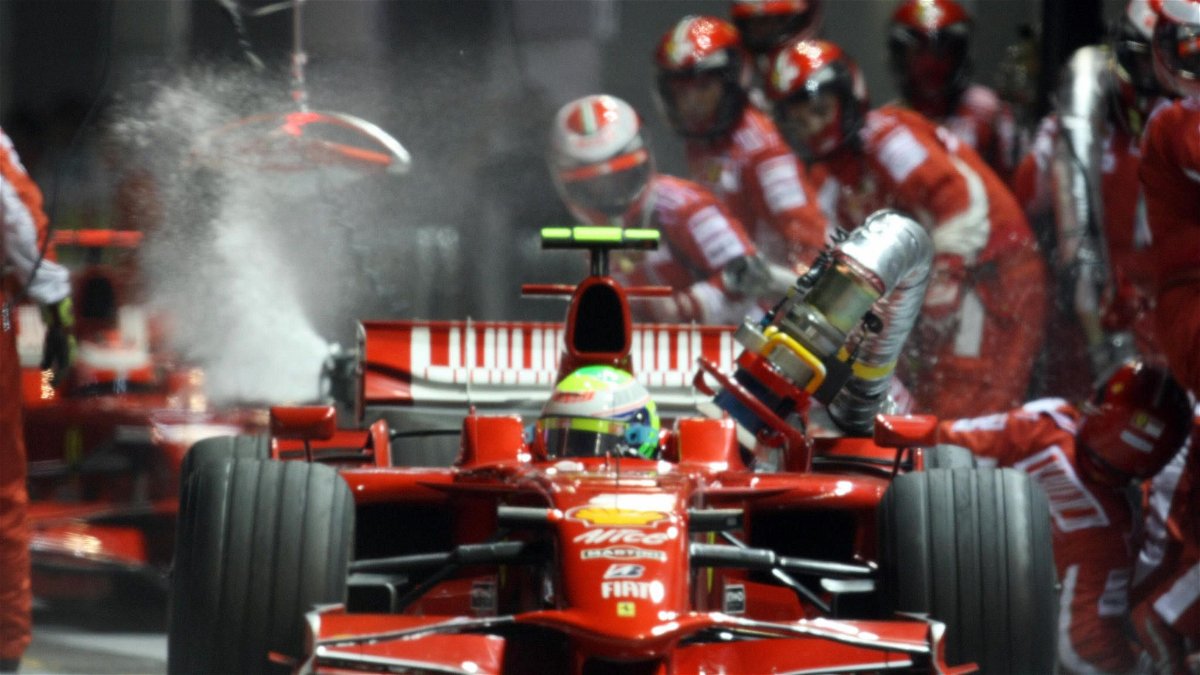 Ferrari’s Felipe Massa started the inaugural Singapore GP from pole position. The Brazilian dominated the race before a chain of events resulted in the pit lane being closed. When the pit lane was reopened, Massa and a host of other drivers went in. The Brazilian’s race turned upside down at this moment.

Ferrari used a light system instead of a lollipop man to signal to give the driver the all-clear to leave the pit box. A malfunction resulted in Massa taking off with the fuel pipe still attached to his car. As Ferrari had won the drivers championship the previous season their pit garage was right at the entrance of the pit lane. Thus Massa drove past every other pit garage before coming to a halt at the end. He had to wait for Ferrari members to sprint down and remove the fuel hose from his car. Massa eventually went on to finish 13th.

The Brazilian was the biggest loser in Renault’s ‘Crashgate.’ This was the race which cost Massa the 2008 drivers title. Yet some people blamed Toyota’s Timo Glock for being unable to hold off Hamilton for one final corner in Brazil. Ferrari switched to having a crew member use the lollipop at pit stops from the next race in Japan’s Fuji Speedway. 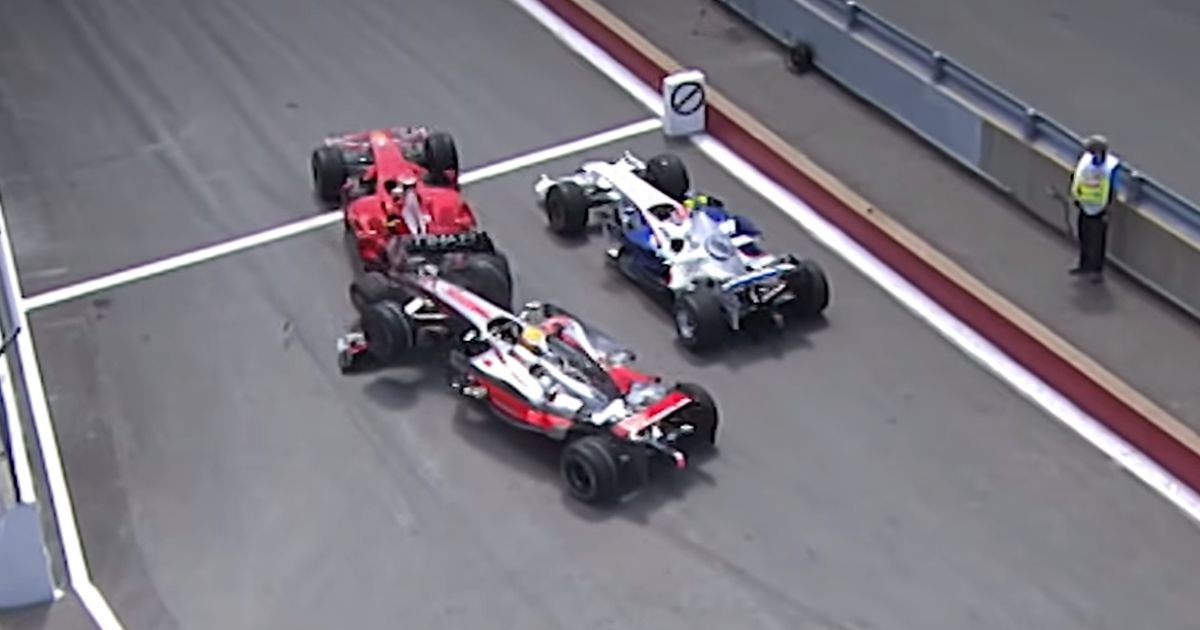 This incident took place at the 2008 Canadian Grand Prix. A red light at the end of the pit lane resulted in Kimi Raikkonen parking his Ferrari right at the exit. As he awaited the light to turn green he was hit in the back by Lewis Hamilton. Raikkonen suffered rear damage whilst Hamilton’s front wing was destroyed.

Nico Rosberg in the Williams made an error in judgment and clattered into the back of Hamilton’s McLaren. A split second later, the light turned green and drivers were allowed to leave the pitlane. Both Raikkonen and Hamilton retired. Nico Rosberg had to take a lap around the Circuit Gilles Villeneuve before another pitstop to replace his damaged front wing. 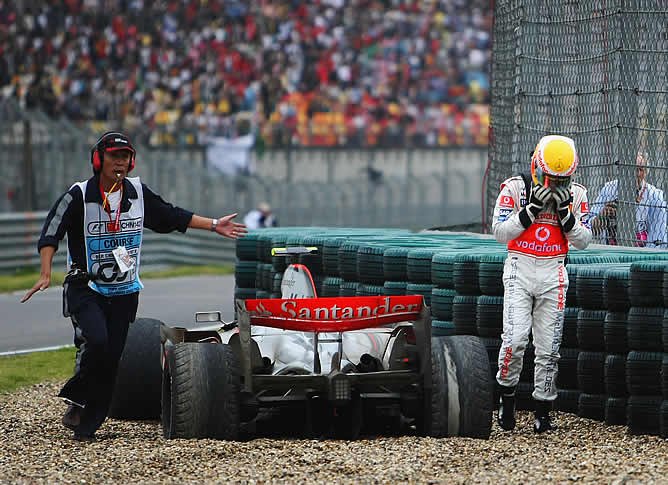 This isn’t a crash, nor is it a refueling error. But this pit lane incident is a reminder of how a split-second mistake can cost a driver the world championship. McLaren’s Lewis Hamilton had a dream debut season. He was poised to seal the world champions in his rookie year. Heading into the penultimate race of the season Hamilton had a twelve-point lead over teammate Fernando Alonso. He was seventeen points ahead of eventual champion Kimi Raikkonen.

Hamilton stayed out too long on a single set of tires. He lost grip and places before McLaren called him for a pit stop. The youngster turned a little too late and slid off onto the gravel trap just before the white line. Hamilton retired and after a dismal 7th place finish in Brazil he rued the wrong strategy choice in China which dented his hopes of a Formula 1 World Title in his rookie season. 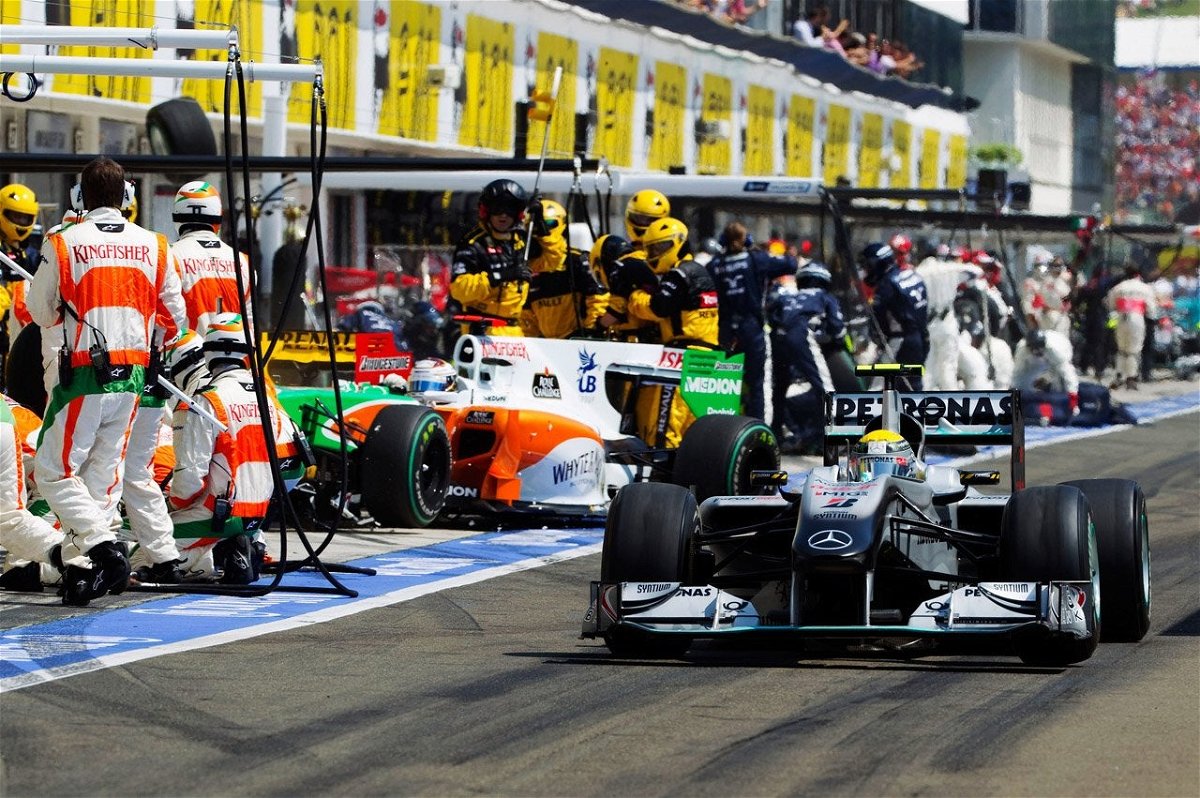 Renault’s Robert Kubica made his pitstop and was awaiting release from the pit box. His lollipop man released him right into the path of the incoming Adrian Sutil. The Force India driver ran straight into Kubica as he turned to enter his pit box. This was an error from Renault as the Force India had no time to avoid the oncoming car. Sutil retired from the race. However, Kubica served a ten-second stop-go penalty and went on to retire later in the race. Renault received a US $50,000 fine for an unsafe release in the pit lane. 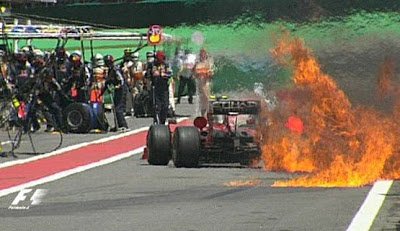 The ban on mid-race refueling has completed ten years after the conclusion of the 2019 season. At the time this move was announced, it was met with criticism. This was because fuel strategies played a crucial role in determining the outcome of races. This incident was a timely reminder to fans of the dangers of mid-race refueling. In the penultimate race of the 2009 season, McLaren’s Heikki Kovalainen was released before the fuel hose could be pulled out. The Finn’s car ripped apart the hose which sprayed fuel in all directions. 2007 World Champion Kimi Raikkonen happened to be behind the McLaren. He too was doused in fuel and the scarlet car was swamped in flames for a few seconds. Both cars were able to continue. Kimi Raikkonen finished 6th whilst Kovalainen came home in 12th. 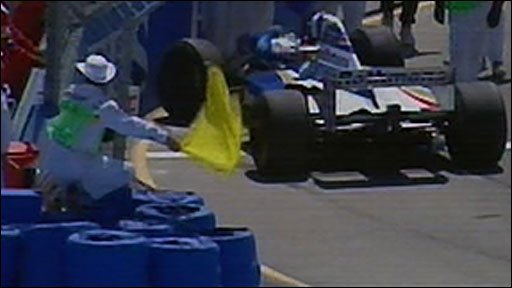 Adelaide hosted the final race of the 1995 Formula 1 World Championship. The race marked the final running of the Australian GP at the Adelaide venue. It also was the final race of Michael Schumacher and David Coulthard for Benetton and Williams respectively. Coulthard started finely and took the lead. He maintained this until the first round of pit stops. On his way into the pitlane in lap 19, Coulthard drove straight into the barriers and retired. 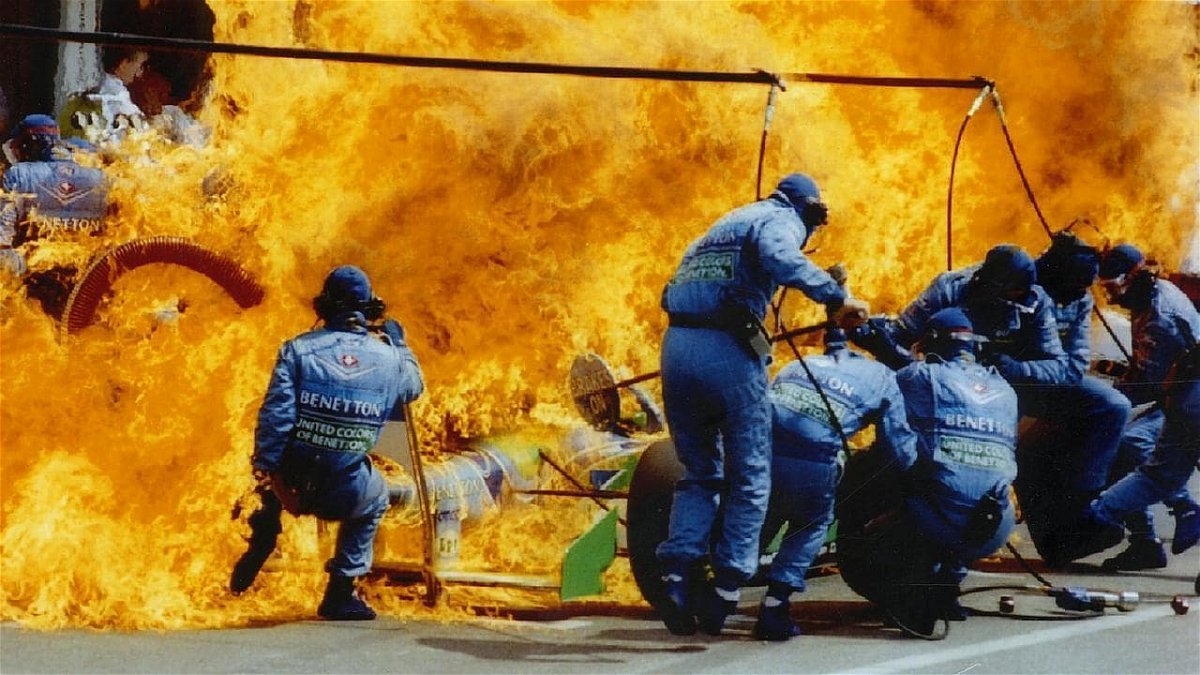 This is a scary refueling error. It shows us that refueling is dangerous to both the drivers and the pit crew. When the pit crew pulled out the fuel hose from Verstappen’s Benetton it didn’t seal automatically. Fuel was sprayed around before a fire engulfed the chassis in the blink of an eye. Verstappen was safe and retired from the race following the incident.

Former Teammate Reveals He Knows How Michael Schumacher Is