Fortnite Season 5: Where to Find All the XP Coins in Week 7

In a surprising and well-appreciated move, Epic Games has reintroduced XP Coins to Fortnite. These coins appeared in a limited quantity in different rarities to help players level up faster. However, Epic had replaced them with the new and legendary weekly quests. While this was indeed an interesting concept, players didn’t take Epic’s removal of the XP Coins too well.

After popular demand, Epic Games has once again added the XP Coins back into Fortnite. With the arrival of Week 7 in Season 5, it is time for new challenges. Along with these, there are 10 XP Coins waiting for players all across the map.

The Fortnite XP Coins come in four different rarities: Green, Blue, Purple, and Gold. These are available in different numbers and all provide a different amount of XP to players. Out of a total of 10, 4 coins are green, three are blue, two are purple, and one is gold.

Finding all these coins can get a little tough. While players can collect some of these coins in a single game, the rest are on the opposite ends of the map. Therefore, it would take multiple attempts for players to collect all the coins. Here is a list of locations where players can find all these coins. 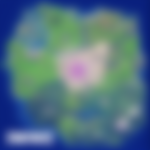 There is only a single gold XP Coin available every week. However, it rewards well and is therefore worth the wait. In order to grab the gold coin, players will have to head to the crashed aircraft in the desert.

With the XP coins and the quests together, players can now level up faster in Fortnite. Moreover, they can also progress faster, unlocking multiple exciting rewards. For finding the exact locations of these coins, players can watch the guide video made by Perfect Score on YouTube.