Touted as the biggest battle royale game to exist, Fortnite has grown into the hearts of millions of players. Epic Games has made sure to roll out regular updates to keep the community engaged. The latest to the lot would be the addition of cars in the game.

The leak came about thanks to Hypex, and SypherPK decided to spread the news out.

The Fortnite map is mostly covered with water. The rumors are that over the next few patches or a major update, water will start receding. There are already cars underwater. As the water level goes down, the cars will submerge, along with new areas and new roads in the map

The upcoming vehicles were assured because of their presence in the trailer for the new season. They also made an appearance on the loading screen of the game. SypherPK mentions that the upcoming cars would be different from go-karts and quad crashers.

Vehicles will also come in different sizes. Each class of vehicle will feature different health pools and all will be powered by fuel.

There will be four different types of vehicles according to SypherPK; small, medium, large cars, and a truck. All types will have different fuel tank capacities and health pools. Players will most likely have ways to refuel the vehicle. The refuel mechanism could be anything from a quick stop to having to manually use the gas pump.

Sypher also did the math for how long cars can run before heading to the pump. Also, note that the vehicles can leak gas if you are shot at. The cars will also come with speed boosts. However, using the speed boost will significantly burn the fuel.

NOTE: The below-mentioned figures are based on the condition that the cars have a full tank with a full health pool.

Do keep in mind that vehicles that are spawned might not have full tanks. They could have something from 40 to 100 percent. The large car’s fuel tank can also reportedly be filled up to 150 instead of the usual 100.

If you run out of gas, probable chances are that the vehicle will move extremely slow or not move at all. Windows in the car could be there to protect you just like the helicopter when it’s fresh or newly spawned.

The vehicles seem like they will make for a good change in Fortnite. Players will have better mobility and this is proof that Epic Games are listening to their community. Many players were upset that locations on the map are bad to be at because of a lack of mobility.

The new vehicles will change all of it. You could run over opponents with it and maybe do 50-100 damage in the process. The update might roll out in the coming week. 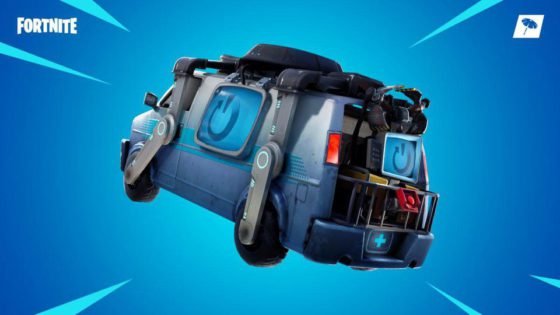 Since we are on the topic, why not talk about a useful yet hard to perform trick. The reboot vans are a vital part of the game, given the fact that they let you bring back dead teammates.

Epic did not add many and finding the perfect place to safely reboot teammates has been hard ever since the new season. There are sunken reboot vans underwater which are practically impossible to reach.

They are shown on the map which makes things more confusing. When the water eventually recedes, the sunken vans will be made available. Season 3 did bring improved abilities to build over water-covered spots. Even then, perfecting the trick will be hard.

Reddit user Mayorofkenja revealed the trick and you’ll need a lot of building materials. You’ll start off building a series of stairs. Players should then boost their boats to get underwater. If you get deep, you can get off the boat and interact with the van to reboot your teammate.

Rebooted my teammate underwater at Craggy Cliffs! from FortNiteBR

It is hard to pull off, and there is no guarantee. If you do succeed in doing so, let us know in the comments.