With 20-year old promisng left back Luke Shaw suffering a horrific leg break against PSV Eindhoven, Manchester United need to get their act together quickly and find an adequate replacement. Shaw, if reports are to be believed, could be out for atleast six months.

The following is a list of four players who can play at left-back for LVG’s United. 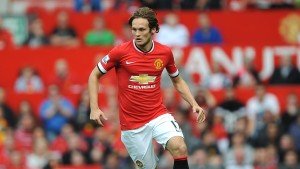 The versatile Dutchman announced himself to the world in the 2014 World Cup by providing an assist to Robin Van Persie’s superb header against Spain. A month later, Blind arrived at Old Trafford from Ajax and was perhaps the best of the summer signings last year.

It may be recalled that it was Blind who was at left back during United’s brilliant run between February and April last year.
This is the best position for the Dutchman though he has started at center back in each of United’s matches in the season. In all probability, Van Gaal would repose faith in Blind to play at Left back. 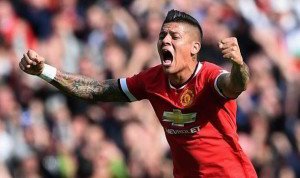 The defender played on the left flank for the Argentina national side during last summer’s FIFA World Cup in Brazil. Although he is a natural centre back, Rojo can be a possible option on the left side of the defence as well. With LVG preferring the centre back pairing of Chris Smalling and Daley Blind, this could be the only place where Rojo can fit into the starting XI. 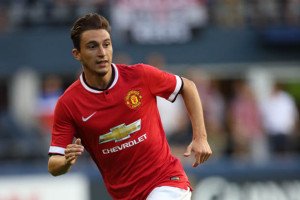 Summer signing Darmian can play on either flank with consummate ease and could be another option at the left side of the defence. This would mean that Academy graduate Paddy McNair or Ecuadorian Antonio Valencia would play as right back.

Darmian has good speed, excellent work rate and has composure when in possession of the ball. The Italian already looks a great acquisition and could well be moved onto the opposite flank. 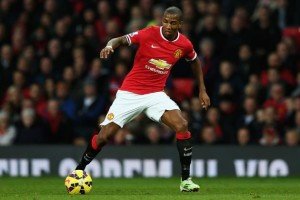 Young played on the left side of the defence for a significant period of time ( last season) before being moved further up on the pitch. He would offer United pace moving forward and link up with Memphis Depay on the flanks. But Young is comfortable while defending and can be out of position by the opposition. This could prompt Van Gaal to look for someone else at Left back.

All in all, It is very likely that one of the four players would in Luke Shaw’s position till the former Southampton man is back to full fitness. The preferred choice would be Daley Blind since he is already accustomed to the role and is a natural.