From Astro Jack to Midas, These Were the Rarest Skins on Fortnite in 2020

Getting kills in a battle royale game is always a top priority, but one must look good while doing it too. Fortnite has always offered its player base an unparalleled amount of customization options with character skins. Each new season in Fortnite introduces new exclusive cosmetics, with players investing in V-Bucks and the Battle Pass or having to complete certain tasks to unlock these items.

Nevertheless, the players do it to add to their unique collection and exhibit their personal style in-game. Among an ever-increasing assortment of impressive Fortnite skins, only a handful are rare and come at a quite expensive price. Most of these character skins were exclusive to a promotional event or were only available in the in-game store for a while. Meanwhile, some others turned out unpopular after their release and haven’t made it back to the shop again.

Keeping those factors in mind along with the aesthetics, color blending, and character model design, we have picked some of the most coveted and rarest Fortnite skins in 2020.

The Catalyst skin is a Legendary Outfit that players got access to from Tier 1 of the Season 10 Battle Pass. Released in August 2019, this outfit is actually the female equivalent of the popular Drift character skin from Season 5. By finishing certain challenges and leveling up the battle pass, players could unlock four different selectable styles for Catalyst. Moreover, completing certain missions gave access to three clothing color variations for the skin.

Midas was among the most coveted Fortnite character skins in 2020. Released in February 2020 as part of Chapter 2 Season 2, players could obtain this Legendary outfit by reaching Tier 100 of the Battle Pass. Based on the Greek myth, Midas’ character skin came with a golden touch. His gold touch mechanism gave any weapons or vehicles a golden visual, and it would remain so even after he dropped them.

Originally, Midas is a Spy Boss at The Agency and also leads a team of agents undercover for E.G.O. and A.L.T.E.R. Later, he was reintroduced as a cyborg in the Last Laugh Bundle which released in November this year. Midas is another customizable skin with a variety of faction styles and transformations available after unlocking the character. 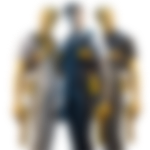 Featured in April 2020 as part of Travis Scott’s Astronomical concert event, the Astro Jack skin is an Icon Series outfit. This skin first appeared in Fortnite Chapter 2 Season 2 and was available for purchase for 2,000 V-Bucks from the in-game shop. It is based on a mascot from a song called Astroworld by Travis Scott and came in two different styles. Furthermore, the Astro Jack skin has reactive features that set off certain effects when damaged by opponents.

Released in February 2019, the Marshmello skin first appeared in Fortnite’s Chapter 1 Season 7. This promotional skin hasn’t been around for a while and was available for purchase for 1,500 V-Bucks from the in-game shop. It is based on famous DJ and electronic music producer Marshmello and was the focus of the in-game concert event called Showtime. Additionally, the Marshmello outfit has reactive features that light up when using musical emotes.

A Legendary Outfit belonging to the Fort Knights set, the Black Knight skin originally arrived in December 2017. It was obtainable only during Season 2 after a player reached the Tier 70 in the Battle Pass, and the Black Sheild back bling came along with it. This skin is quite rare because back in the day, there weren’t as many Fortnite players as today. The outfit represents a black armored knight donning a helm, vest, and pants, all in black. Unfortunately, the Black Knight looks unlikely to return; therefore, only long time Fortnite players have this one. 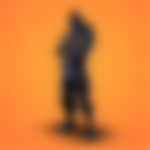 Belonging to the Guardians of the Galaxy set, the Star-Lord skin resembles the character from Marvel of the same name. Originally released in April 2019, it is an outfit from Fortnite’s Marvel Series that first appeared during Chapter 1 Season 8. Star-Lord was available for purchase from the Item Shop for 1,500 V-Bucks. It was part of the second promotional cosmetic set for Fortnite’s crossover event with Avengers to celebrate the launch of the Endgame movie. The Star-Lord skin has similar features to the Drift outfit since both items share the same character model.

Another skin that hasn’t been around in well over a year. Initially, released in June 2019, the Synapse skin is an Epic Outfit that first appeared during Fortnite Chapter 1 Season 9. It is a part of the Synapse set and was available for purchase for 1,500 V-Bucks from the Item Shop. This skin last appeared in the shop in September last year and has another green selectable style. Since cosmetics rotate in and out of the store frequently, there isn’t a definite way of knowing when Synapse will return, just like the other rare skins.

Belonging to the Avengers set, the Black Widow skin resembles the character of Natasha Romanoff. Released in April 2019, it is an outfit from Fortnite’s Marvel Series that first appeared during Chapter 1 Season 8. The Black Widow outfit was available for purchase from the Item Shop for 1,500 V-Bucks. It was part of the first promotional cosmetic set for the Fortnite x Avengers: Endgame crossover event. The skin comes with an additional style to change the character’s hair to blonde.

First added in Chapter 1 Season 6 and released in March 2019, the Reflex skin is part of the Counterattack bundle. It is a Rare Outfit that required purchasing a qualifying GeForce graphics card, laptop, or desktop to get a code for unlocking the outfit. The GeForce Fortnite bundle was available for a limited time and comprised the Reflex skin along with the Pivot Glider, Angular Axe, and Response Unit Back Bling.

However, the outfit made its way to the Item Shop and was available to purchase for 1,200 V-Bucks. Epic Games received backlash for it. Therefore, they launched the Stealth Reflex skin, which is an exclusive black version of the original one, as an apology.

Galaxy is one of the unique skins introduced to the game. Released in November 2018, it is an Epic Outfit that first appeared in Chapter 1 Season 5. Introduced as a cross-promotion between Samsung and Epic Games, the Galaxy skin is very rare because it is exclusive to owners of the Galaxy Note 9 or Galaxy Tablet S4. The outfit resembles a male displaying galaxies, stars, and planets all over his character model. It is one of the most expensive skins in the game and is no longer obtainable. Besides the character skin, a glider, back bling, and harvesting tool were the additional items available.

That concludes our list of some of the rarest Fortnite skins in 2020. Which other skins would you like to see featured on the list? Let us know your thoughts below!